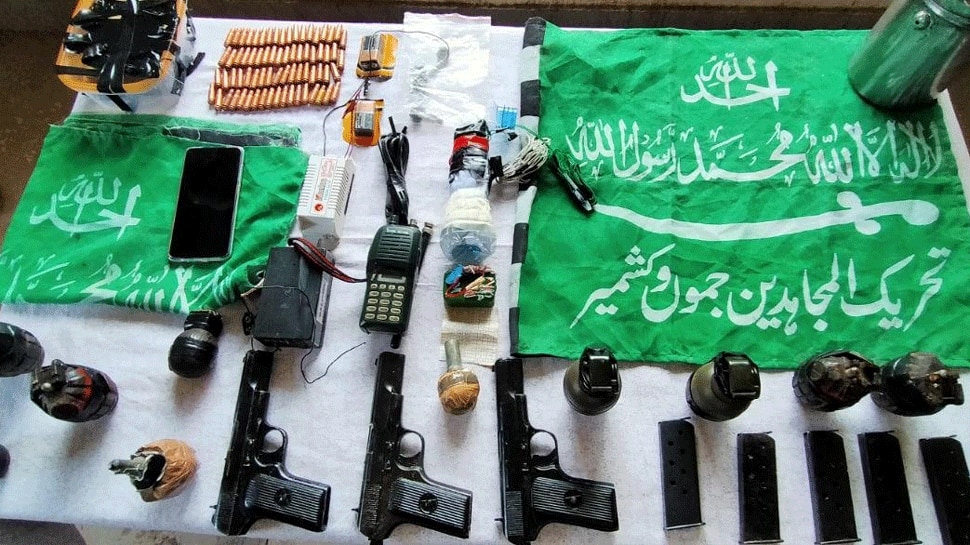 SRINAGAR: In a major breakthrough, the security forces on Saturday recovered a huge cache of arms and ammunition along the Line of Control (LoC) in Jammu and Kashmir’s Poonch, thwarting an attempt by anti-national elements to carry out subversive activities in the border district.

According to a J&K Police official, a joint operation comprising Army, Mendhar Police and SOG (Jammu) was launched to intercept the couriers of arms, ammunitions and explosives along with other subversive material after receiving specific intelligence inputs.

Two Overground Workers (OGWs) linked to terrorists were also arrested during the operation carried out jointly by the Special Operations Group (SOG) of J&K Police and the Indian Army in Mendhar sector, the official said.

He said the operation was launched on specific information to intercept the couriers of arms, ammunition, and explosives along with other subversive material which was smuggled from Pakistan-occupied Kashmir (PoK).

The material was supposed to be carried from the forward area to the hinterland for subversive activities, the officials said.

He added that a case was registered against the arrested duo and further investigation is on.

“In this connection, a case FIR 217/ 2020 under relevant sections of Unlawful Activity Prevention Act has been registered at the Police Station Mendher,” the J&K Police official said.