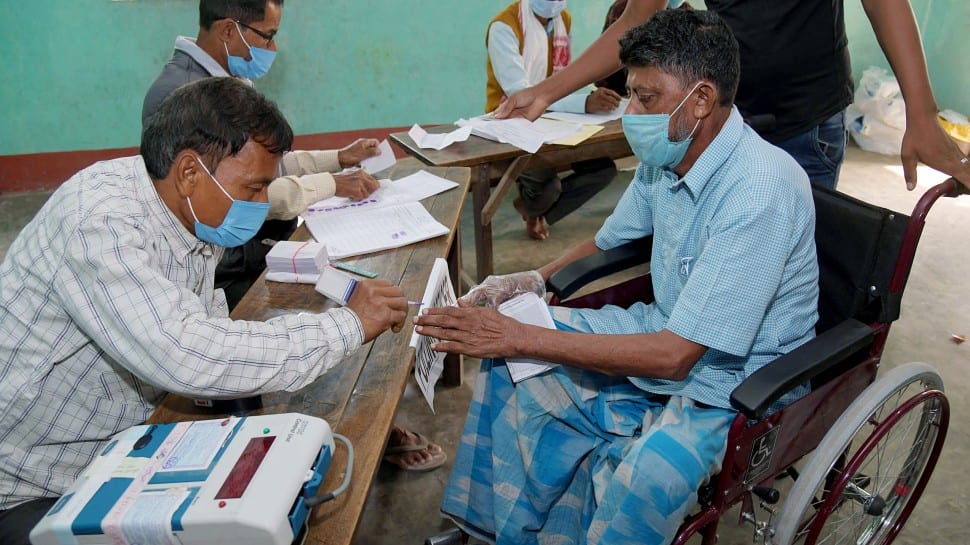 New Delhi: Polling for the 47 seats in the first phase of the Assam Assembly elections ended with a voter turnout of 72.14 per cent recorded as of 6:00 pm.

Zee Media team held a special conversation with Assam Chief Electoral Officer Nitin Khade after the elections were done for the day.

Talking about the proceedings of the day CEO Khade said, “The first phase of the polls was conducted in a peaceful manner.”

He further said that there was a 72 per cent turnout of voters and that he expects more to show up for the next phase of the polls.

“The Election Commission of India has implemented a new system for the assembly polls this year, in which the polls can be monitored live,” the Assam CEO said.

Khade added that the EC is working to get this system implemented in 50 per cent of polling booths in all constituencies. The live feed will be broadcasted in the control room of the District Election Officer, CO office and Election Commission of India in every district.

Polling for the next two phases will be held on April 1 and April 6. The counting of votes will take place on May 2.