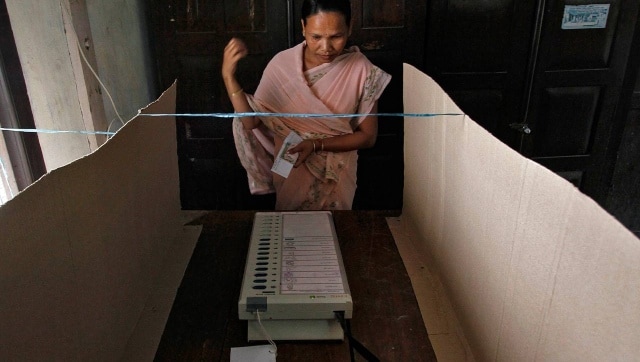 ﻿Assembly election 2021 voting percentage LIVE Update: Over 1.54 crore voters in West Bengal and Assam will exercise their franchise when the states go to polls in the first of eight-phase elections on Saturday.

Assembly election 2021 voting percentage Latest Update: Over 1.54 crore voters in West Bengal and Assam will exercise their franchise when the states go to polls in the first of eight-phase elections on Saturday.

In the first phase in West Bengal, polling will take place amid strict COVID-19

guidelines in all nine seats in Purulia, four in Bankura, four in Jhargram and six in Paschim Medinipur, besides the seven seats in high-stakes Purba Medinipur – the home ground of BJP leader Suvendu Adhikari. The TMC and BJP have fielded candidates in 29 seats each, while the Left-Congress-ISF alliance has put up candidates in all 30 seats.

The Trinamool Congress is supporting an Independent in the Joypur assembly segment in Purulia as the nomination of its official candidate. The BJP’s ally AJSU Party of Jharkhand is fielding a candidate in Baghmundi.

The constituencies in West Bengal that will vote in the first phase mostly lie in the Naxal-affected Junglemahal region, where the BJP has the upper hand in the area as it had managed to win most of the Parliamentary seats in the region in the 2019 general elections.

In Assam, many seats likely witness a triangular contest between the ruling BJP-AGP alliance, the Congress-led opposition grand alliance and the newly formed Assam JatiyaParishad (AJP). Altogether 264 candidates, including 23 women, are in the fray.

Meanwhile, in the 2016 Assembly polls in Assam held in two phases, wherein 70 percent turnout was recorded in the first phase and 78.09 percent voter polling percentage in the second phase.

Polls to be conducted under heavy security

The West Bengal elections will be held amid tight security with the Election Commission deploying around 684 companies of central forces that would guard 10,288 polling booths housed in 7,061premises, officials said. Besides, the state police will also be deployed at strategic locations, they added.

In Jhargram, 11 paramilitary personnel will be deployed per booth, the highest for any election held in the state so far, officials said. In the other districts, an average of six paramilitary personnel will be deployed per booth, officials said. “Declaring all 1,307 booths in 1,010 premises as Left Wing Extremist (LWE) areas in Jhargram, we have decided to deploy 127 companies of the central forces only for booth management,” an Election Commission official told PTI.

“The central forces will be mainly deployed in and around the booths and the state force will be used for the maintenance of law and order. The constables will be used for queue management,” the official said. With the first phase, polling will be over in two districts – Purulia and Jhargram.

Central forces will assist the Assam police in maintaining law and order during the polling. An official told PTI there will be enough security personnel to cover all polling stations. Patrolling has been intensified and strict vigil is being kept in all vulnerable areas.

Congress heavyweight Nepal Mahato is the alliance candidate from the Baghmudi seat, even as the Forward Bloc fielded Debranjan Mahato. AJSU Party has nominated Ashutosh Mahato, while the TMC fielded Sushanta Mahato. As per the official seat-sharing arrangements of the opposition alliance, the Left is fighting in 18 seats, Congress in 10 and ISF two.

Among the other notable seats going to the polls in the first phase are Salboni, where the CPM has fielded former minister Susanta Ghosh against BJP’s Rajib Kundu and TMC’s Srikanta Mahata. The TMC has fielded actor June Malia from the Medinipur seat agains tBJP’s Samit Kumar Dash. The Left-led alliance candidate is Tarun Kumar Ghosh of the CPI. Santhali actor Birbaha Hansda is fighting on a TMC ticket from Jhargram against BJP’s Sukhamay Satpathy and CPM’s youth leader Madhuja Sen Roy.

In Assam, among others, Chief Minister Sarbananda Sonowal, Speaker Hitendranath Goswami, and Assam state Congress chief Ripun Borah besides several cabinet ministers from the ruling BJP and Asom Gana Parishad, will be in the fray in 47 of the state’s 126 assembly seats.

The BJP has promised a “Sonar Bangla” if it forms government in West Bengal, while the TMC has been campaigning on the work done by the Chief Minister Mamata Banerjee-led state government in the last 10 years.

The Left-Congress-ISF alliance candidates focussed more on door-to-door visits and small meetings on street-corners and village-level gatherings rather than mega rallies in the absence of a formidable face to take on the chief minister and the prime minister.