New Delhi: After the successful completion of the ground-breaking ceremony of the proposed Ram Temple in Ayodhya on August 5, the ancient holy town is now gearing up to witness a star-studded Ramlila this Dussehra.

According to reports, a host of popular Bollywood celebrities, including actors and singers, will participate in this year’s Ramlila, which will be the first to be held since the construction of the Ram temple began in Ayodhya.

Around 22 popular Bollywood celebrities will participate in the Ramlila which will be held between October 17 to 25 at the historic Lakshman Fort Temple ground in Ayodhya.

These celebrities will play various characters of Ramayan during the 9-day event, the members of the event’s organising committee said. 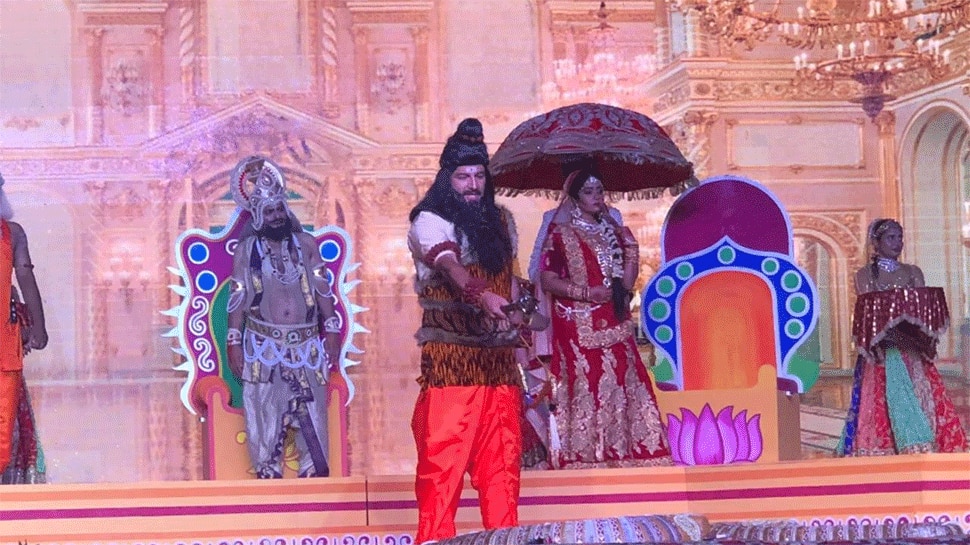 It may be recalled that Bindu’s father late Dara Singh had played the iconic role in Ramanand Sagar’s ‘Ramayan’ on Doordarshan. While actress Ritu Shivpuri will play the role of ‘Kaikai’ in the Ramlila, actor Raja Murad will play ‘Ahiravan’. Actress Kavita Joshi will play ‘Sita’s’ part and Sonu will be seen essaying the main lead – Lord Ram in the Ramlila.

Ayodhya Ramlila Committee, which is organizing the Delhi Ramlila on behalf of Maa Foundation Delhi, had said that it will be a virtual Ramlila considering the Covid-19 pandemic.

This virtual Ramlila can be watched on television, YouTube, and various social media platforms, the organisers said. The Ayodhya Ramlila Committee will send invitations to Prime Minister Narendra Modi, President Ram Nath Kovind and Uttar Pradesh Chief Minister Yogi Adityanath to attend the inauguration of the Ramlila and others cultural events that will be held in Ayodhya.

There is a lot of excitement among the saint community of Ayodhya about this star-studded Ramlila to be held at the grounds of historic Ramlila Laxman Fort here. The seers of Ayodhya want that a grand Ramlila should be held in Ayodhya every year since it is the birthplace of Lord Shri Rama.

The Ayodhya event will be held from October 17-25 October –  the nine days of Navratri ending with Vijayadashami or Dussehra – depicting Ram’s war with and victory over Ravana.

Actor Ravi Kishan had said that ever since the construction of the temple started in Ayodhya, they had thought it would be the most-humble experience to enact Ramlila at the Lord’s place of birth.