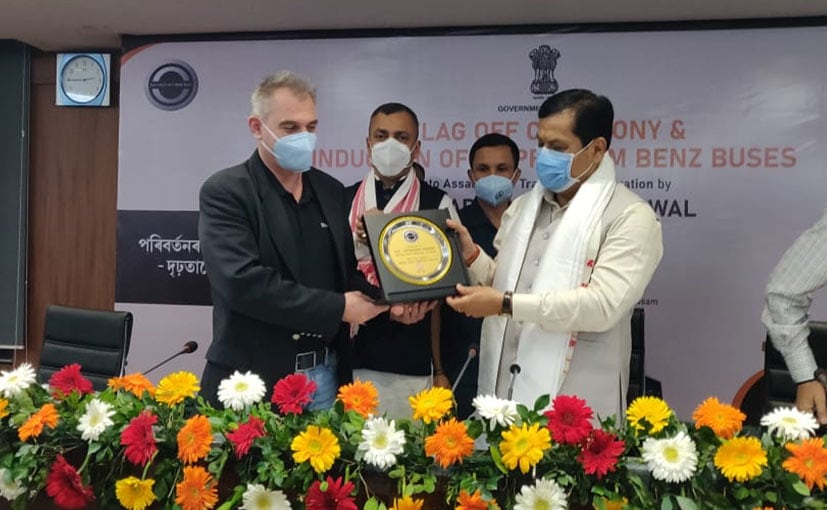 This is the first time that Daimler Bus India has received a State Transport Undertaking (STU) order. The 20 BharatBenz 1017 AC buses will be used by the Assam State Transport Corporation for airport services, city and intercity transportation.

Daimler Bus India, the maker of BharatBenz buses, has announced bagging an order for 20 AC buses, in a successful bid for tender issued by the Government of Assam, for the state’s transport department. This is the first time that Daimler Bus India has received a State Transport Undertaking (STU) order, and the company will be supplying 1017 (10T) AC BharatBenz buses to Assam State Transport Corporation. The vehicles, will be used for airport services, city and intercity transportation, the 20 units of the BharatBenz 1017 AC buses are being delivered through BharatBenz’s authorised dealership Abutani Trucking in Guwahati.

Also Read: BharatBenz Will Have Over 250 Touchpoints Across India By End Of 2020

The new, BharatBenz 1017 AC buses, were recently flagged off in the presence of the Chief Minister of Assam Sarbananda Sonowal, and the Minister of Transport, Commerce & Industry, Chandra Mohan Patowary. The vehicles were handed over by Karl-Alexander Seidel, CEO & Head of Daimler Bus India. ASTC (Assam State Transport Corporation) operates buses even in rural areas along with connecting surrounding states. 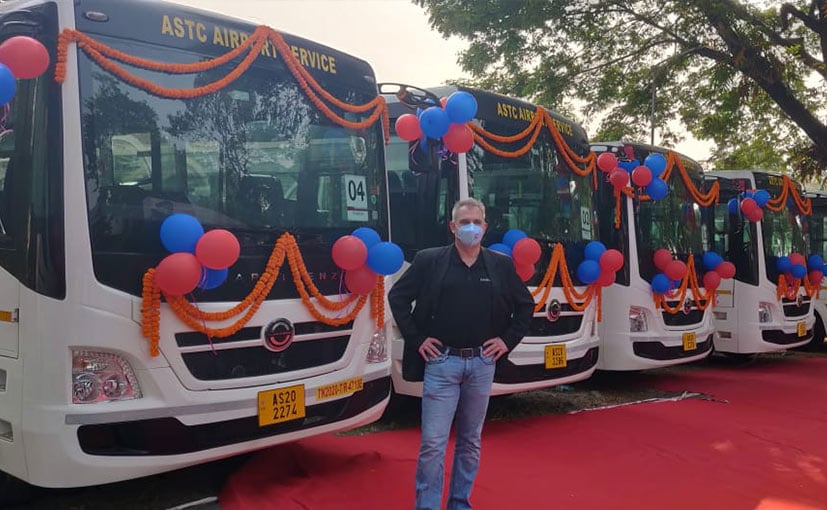 Karl-Alexander Seidel, CEO & Head of Daimler Bus India with the BharatBenz buses that have been delivered to the Assam State Transport Corporation

Commenting on the latest development, Karl-Alexander Seidel, CEO & Head of Daimler Bus India, said, “We are delighted that we won the bid of Assam State Transport Corporation. This is our first major foray into the STU segment, and we will lookout for more such suitable opportunities. The BharatBenz brand 1017 AC buses will provide a safe, comfortable ride for passengers using airport services, city and intercity transportation. We look forward to a mutually beneficial and long-term relationship between ASTC & BharatBenz Bus, a reliable partner that enables profitability with comfort.”

Daimler Bus India says that the BharatBenz 1017 are all BS6 compliant, and are designed to offer a comfortable ride to it occupants, courtesy of its parabolic suspension, and powerful air conditioning system. The bus chassis’ are being produced at DICV’s state-of-the-art manufacturing plant at Oragadam.