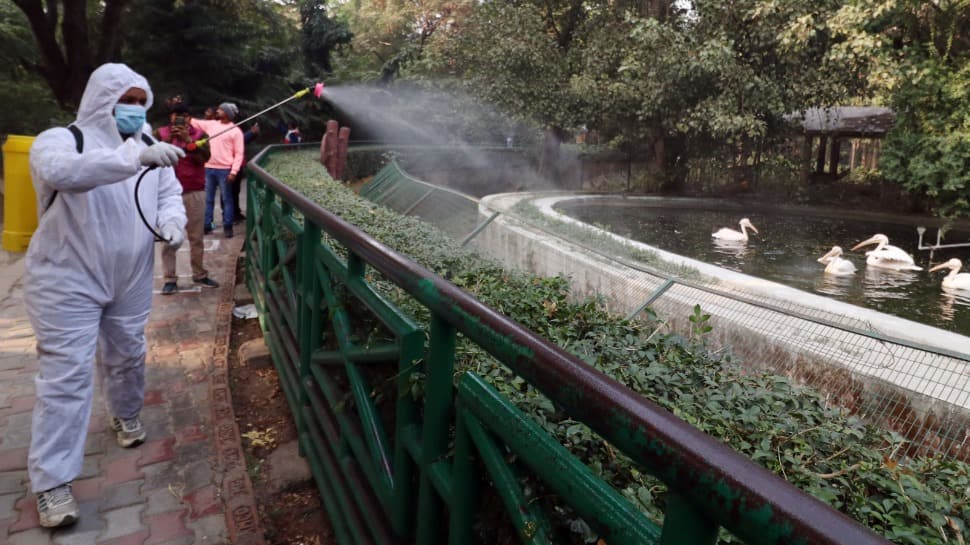 New Delhi: A serious threat of bird flu is looming over the national capital that has resulted in the Delhi government taking several strict measures.

The Arvind Kejriwal-led government on Saturday (January 9, 2021) announced to ban the import of live birds amid the bird flu scare. They also announced to close the Ghazipur poultry market for 10 days.

CM Kejriwal said, “The import of live birds is being banned in Delhi. The Ghazipur poultry market will remain closed for 10 days.”

He also informed that there is no confirmed case of bird flu in Delhi so far and said, “We have sent around 104 samples to a lab in Jalandhar, the reports will come by day after tomorrow. The Delhi government will take the necessary decision based on reports.”

CM Kejriwal said that rapid response teams have been formed in every district to contain the spread and conduct proper surveillance. He added that these teams will function under district magistrates.

He also said, “Our veterinary officers are conducting proper surveys in all bird markets, wildlife establishments and water bodies across Delhi.”

“News of birds dying is also coming from across Delhi, and the rapid response teams of those districts are conducting an adequate inspection of the situation,” the CM said.

This is to be noted that the authorities have also closed three recreational parks and the famous Sanjay Lake in Delhi after several birds were found dead on their premises in the last couple of days. The popular Hauz Khas Park in south Delhi has also been shut.

At least 24 crows have been reportedly found dead at a district park in south Delhi’s Jasola in the past three days. Besides these, over 10 ducks have also died at the famous Sanjay Lake.

According to the Union Ministry of Fisheries, Animal Husbandry & Dairying on Saturday, positive cases of Avian Influenza in migratory birds were reported in Shivpuri, Rajgarh, Shajapur, Agar, Vidisha districts of Madhya Pradesh, Zoological Park at Uttar Pradesh’s Kanpur and Pratapgarh and Dausa districts of Rajasthan.

So far, the disease has been confirmed in seven states namely Kerala, Rajasthan, Madhya Pradesh, Himachal Pradesh, Haryana, Gujarat and Uttar Pradesh. Reports of unusual mortality of birds have also been received from Chhattisgarh’s Balod district. The state has constituted RRT teams for emergency situation and also sent the samples to a designated laboratory.

(With inputs from news agencies)