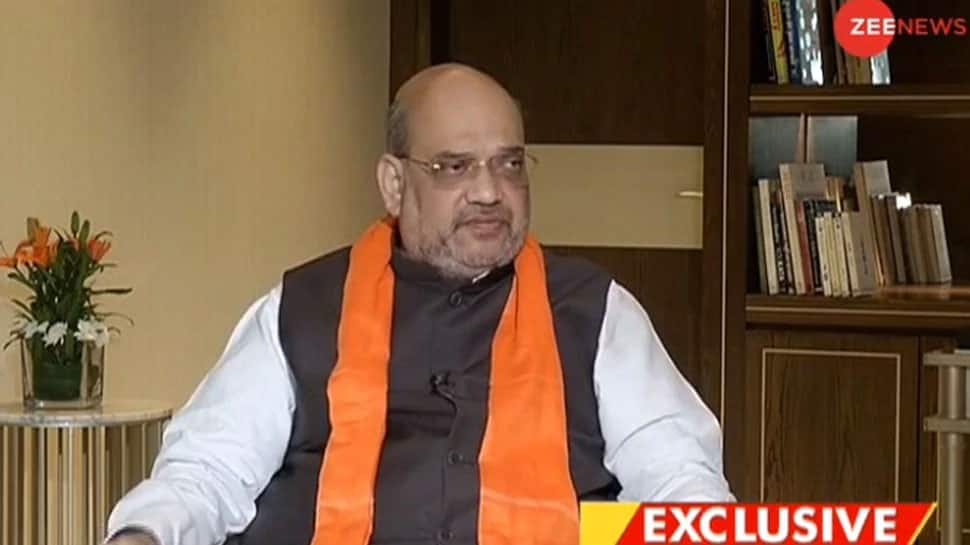 In an exclusive conversation with Zee New Editor-in-chief Sudhir Chaudhary, the Home Minister spoke on a wide range of issues ranging from law and order situation in the state to Mamata Banjee’s appeasement of minorities, especially Muslims, to CAA  and Ram temple issue etc.

#MamataBanerjee has failed to bring about change in Bengal,’ says Home Minister @AmitShah in an #exclusive interview with Zee News Editor-in-Chief @sudhirchaudhary pic.twitter.com/3YhRt8lyef

The Home Minister said that the people of this country have full faith in Prime Minister Narendra Modi’s leadership, his policies and have supported the key decisions taken by his government. The Trinamool Congress government has failed to bring about a positive change in West Bengal, the Home Minister said while replying to a question on Mamata Banerjee’s still maintaining a solid grip over the electorate in her home state.

While expressing concerns over the extremely vicious political environment in the Trinamool Congress-ruled state, the Home Minister said that the voters of West Bengal now want a change. Claiming that no one is safe in West Bengal, Shah warned that if BJP comes to power in the state, anyone who indulges in political vendetta and violence will not be spared.

BJP will fight to transform Bengal into ‘Sonar Bangla’

The Home Minister assured that the “BJP will fight to transform Bengal into Sonar Bangla.’’  Spelling out his party’s objectives, Shah said that BJP’s first priority will be to improve the law and order situation in the state if it comes to power. Slamming the Mamata Banerjee government over its minority appeasement policy, the Home Minister said that due to Communists, political violence has become an integral part of West Bengal’s politics. We are confident that BJP will come to power and form the government this time and fulfil the dream of transforming the state into “Sonar Bengal” – which means jobs for youths.

Replying to a question on stiff political opposition to the Citizenship Amendment Act (CAA), the Home Minister said that it has been passed by the Parliament and will be implemented everywhere across the country. Shah quipped that his party has fulfiled the promise made by the Congress regime some 70 years ago regarding granting citizenship to refugees.

To a question on what will be the key issues if the upcoming assembly elections in Bengal, the Home Minister said that the TMC rule has done serious damage to the culture of Bengal. He said that nepotism and political violence has never had a place in Bengal’s politic. Though Mamata is a tall leader with mass appeal, she has completely failed to live up to the people’s expectation. Winds of change have started in Bengal and voters of the state now want to get rid of the TMC government.

The Home Minister exuded confidence that his party will win 200 plus seats in the West Bengal assembly and the Mamata Banerjee-led TMC government will be thrown out of power. Shah said that no one believed when he said that the BJP will win at least 20 seats in the 2019 Lok Sabha elections, but the results proved the critics wrong. The Home Minister also credited the state BJP leaders and workers who have worked relentlessly in expanding the BJP’s voter base across the state and appeared confident that their efforts will yield positive results in the upcoming assembly elections.