BMW Motorrad has unveiled the first M model, the 2021 BMW M 1000 RR. The new BMW M 1000 RR, referred to as M RR in short, is based on the 2020 BMW S 1000 RR superbike, but comes with more power, more torque, less weight, more powerful brakes, a lot of carbon fibre components, and features MotoGP-style winglets on the fairing. The M RR has an engine output of 212 bhp at 14,500 rpm, a peak torque of 113 Nm at 11,000 rpm, and a DIN kerb weight of only 192 kg, with suspension and aerodynamics designed for race track performance. 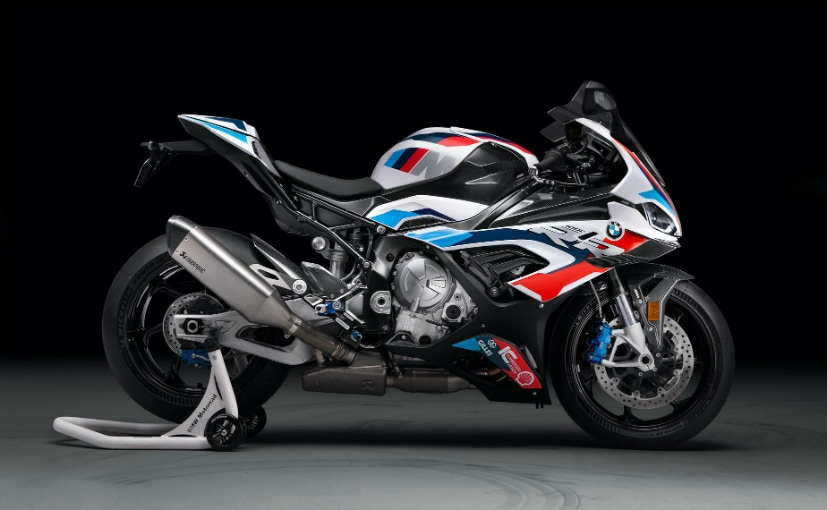 The engine is based on the RR powertrain, and is a liquid-cooled, in-line four engine with BMW ShiftCam technology for varying valve timing and valve lift that has undergone comprehensive updates to make it a racing sport engine. The engine can spin up to 15,100 rpm and it features 2-ring forged pistons from Mahle, adapted combustion chambers, compression increased to 13.5, longer and lighter titanium connecting rods from Pankl, slimmer and lighter rocker arms, fully machined intake ports with new duct geometry as well as optimised camshafts and intake area. 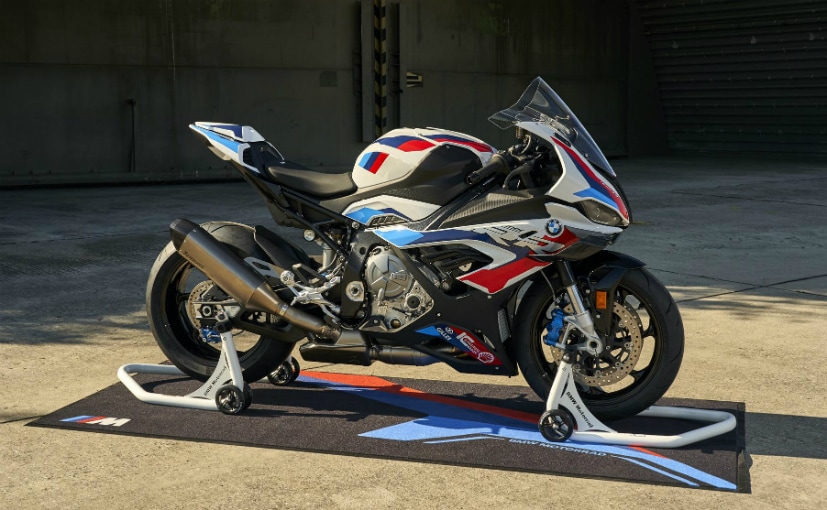 The lightweight exhaust system is made of titanium and the new M RR engine is even more powerful than the RR powertrain in the range from 6,000 rpm to 15,100 rpm

The lightweight exhaust system is made of titanium and the new M RR engine is even more powerful than the RR powertrain in the range from 6,000 rpm to 15,100 rpm, a rev range which is relevant for race track usage, but also offers a good mid-range for sporty street riding. The new M RR gets M brakes for the first time. Externally, the M brake calipers have a blue anodized coating in combination with the M logo. With the M carbon wheels, the new M RR has more high-tech components for maximum performance on the race track and road. 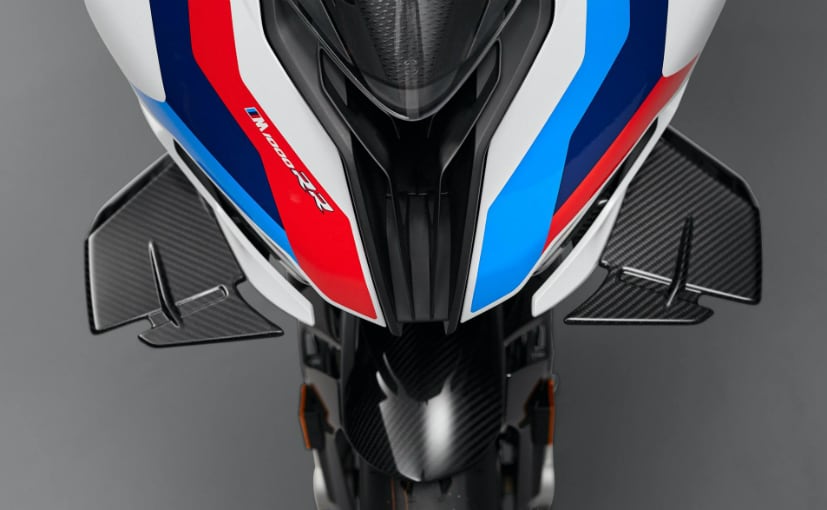 The aerodynamics have been designed to offer better lap times, and the carbon fibre winglets offer more downforce for better control on the track

According to BMW, the aerodynamics, including the winglets, were developed during extensive testing on the race track, as well as in the BMW Group’s wind tunnel, produce enough aerodynamic downforce to get faster lap times, and additional wheel load. The additional wheel load on the front wheel counteracts wheelie inclination, traction control regulates less, more driving power is converted into acceleration and the driver achieves faster lap times. The effect of the winglets is also noticeable in curves and when braking, the downforce allows later braking and ensures increased cornering stability. 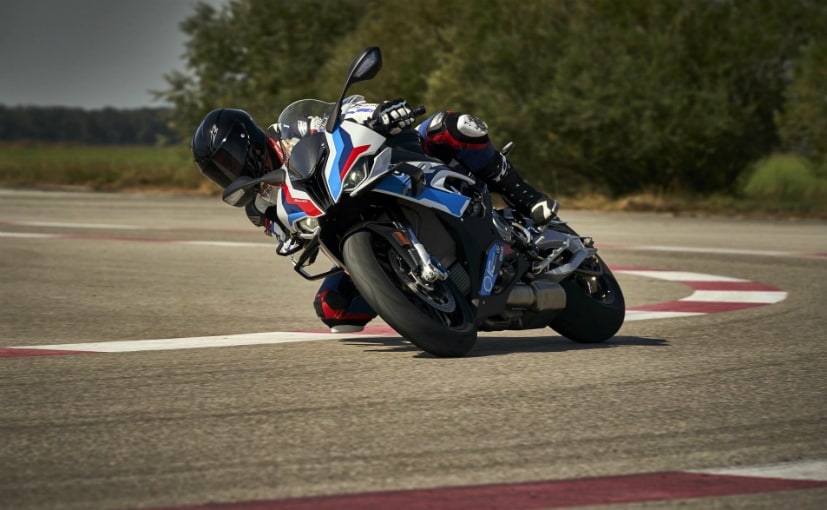 The chassis of the new M RR is based on the RR with the bridge frame made of aluminium at its centrepiece. It has an optimised upside-down fork as well as a revised central spring strut with blue spring and Full Floater Pro kinematics. The primary objective of the chassis design was to achieve the best possible lap times on the race track. Special attention was paid to optimising drivability, the braking and anti-squat control as well as the best possible feeling of the driver for the front and rear wheel. 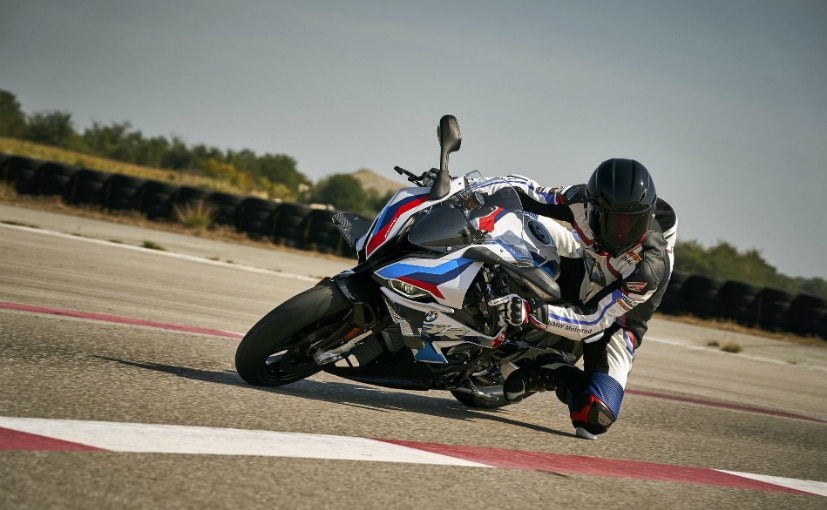 The effect of the winglets is also noticeable in curves and when braking, the downforce allows later braking and ensures increased cornering stability

The instrument cluster of the new M 1000 RR has the same basic design as the RR and has an M start animation. As part of the optional equipment, an activation code (contents of M competition package) can be used to provide comprehensive data material for the use of the M GPS laptrigger and M GPS data logger (Original BMW Motorrad Accessories) via the OBD interface of the instrument cluster. 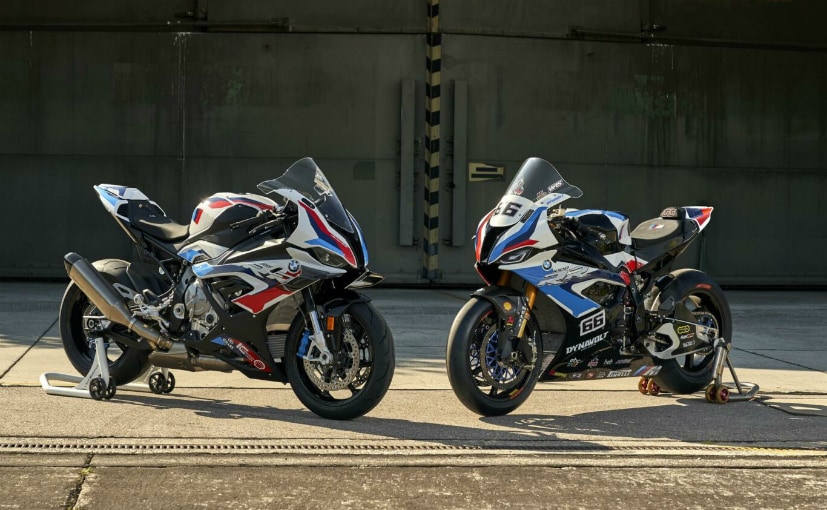 In addition to the M RR standard trim, there’s also a M competition package that provides a mixture of M milled parts package, M carbon package, as well as a silver 220 g lighter swingarm, maintenance-free, friction-optimised M Endurance chain and the passenger package including tail-hump cover. So far, prices haven’t been announced for the new M RR, but considering it’s a performance-oriented M model motorcycle from BMW Motorrad, we expect it to be priced at a premium, over the standard BMW S 1000 RR.