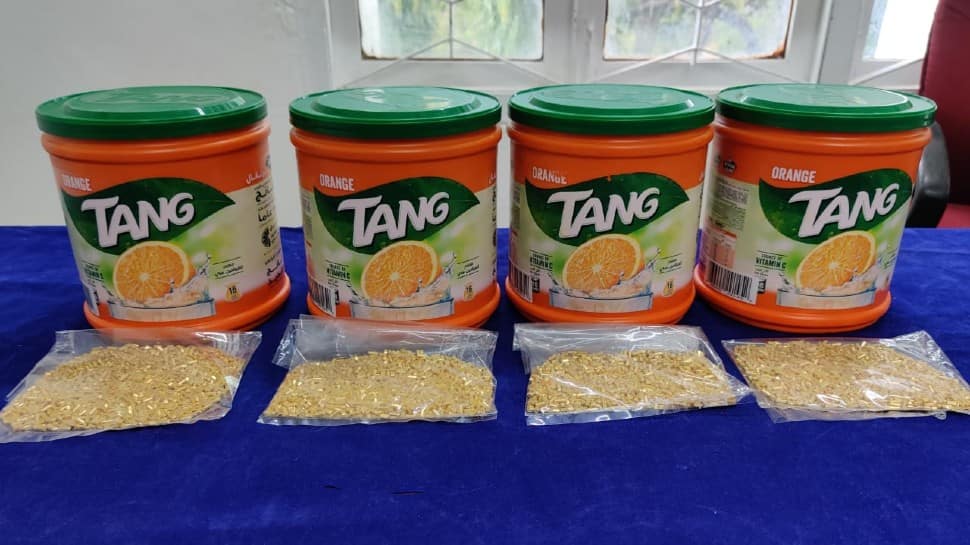 Chennai: Air Customs officials on Monday (May 10) caught 2.5 kg gold granules being smuggled in juice powder at the Chennai airport.

The officials maintained a tight vigil based on intelligence on gold smuggling via parcels at the foreign post office.

A postal parcel from Dubai, which was said to contain seeds was intercepted on suspicion of containing gold. The parcel which was consigned to a Chennai-based person was then cut open and examined.

According to officials, it contained four containers of a branded Instant Orange juice mix, along with packets of oats and chocolates. However, when the containers were closely examined, they were found to be unusually heavy.

The containers had their original aluminium foil lids, but their contents were a mixture of gold granules and juice mix powder.

2.5kg of gold granules worth Rs 1.20 crores were recovered and seized under the Customs Act.

“Searches carried out at the recipient’s address revealed some discrepancy. The role of the postal staff is being probed,” said officials.

This method of smuggling via granules is said to be a new modus operandi that has been foiled, they added.