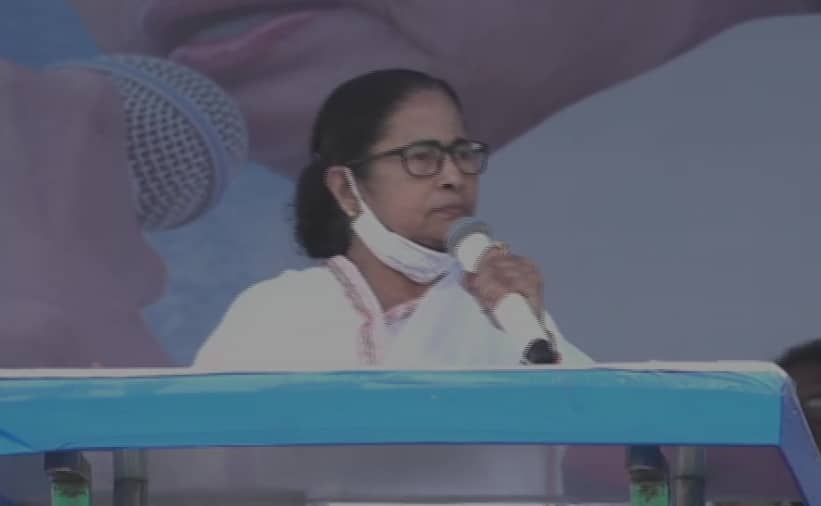 Addressing a rally, the Trinamool Congress chief branded the BJP as a group of “outsiders” and “Bharat Jalao Party”. The West Bengal CM said it has been continuously insulting the icons of Bengal, Netaji being the “latest addition to the list”.

She said, “Netaji Subhash Chandra Bose is everyone’s leader…They were teasing me in front of the Prime Minister (at Victoria Memorial on Jan 23). I don’t believe in guns, I believe in politics. BJP has insulted Netaji and Bengal.”

“To taunt me, they shouted slogans which had no relation to the programme. I was insulted in front of the prime minister of the country. This is their (BJP) culture,” Mamata said, adding “Would you invite anyone to your house and then insult the person?”

The TMC chief added, “Is this the culture of Bengal or our country? I would have had no problem if slogans hailing Netaji were raised.”

Terming the turncoats in her party as “betrayers”, Mamata said those who have deserted the TMC in the run-up to the assembly polls will never be welcomed back.

She said, “The ones who left knew they would not be getting tickets in the coming elections. It is good they exited, or else we would have thrown them out… Those who want to leave the party should do that as early as possible.”

She further said that the party will give tickets to those who have worked for the people, adding “Those who haven’t, will not get any tickets.”