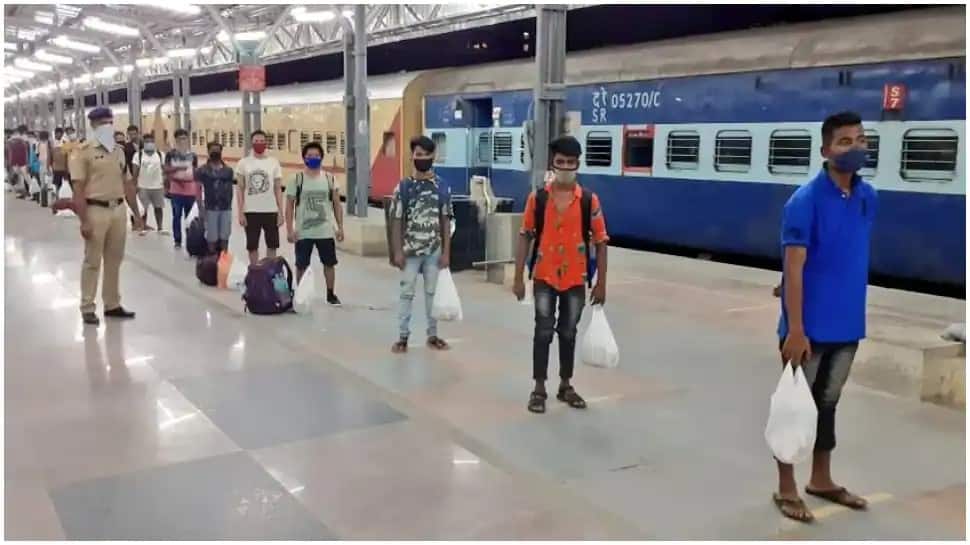 Mumbai: Amid the rising number of cases of COVID-19 in Maharashtra and other parts of the country, the Central Railways has announced that it will run 106 special trains till the end of April.

The move has been taken in order to avoid any rush in the trains and facilitate easy and safe travel.

The railways have started special trains which will run from Maharashtra’s Mumbai, Poona and Solapur to various cities in north India.

The authorities have said that it would consider increasing the number of trains further so people need not panic.

“Railways is running a weekly Pune–Danapur special (01401) to facilitate passengers reach their native places in Bihar till April 18, while Mumbai CST–Danapur special (01091) will run on April 12, 15 and 19 from Mumbai end and Mumbai LLT—Darbhanga special (01097) will run on April 12 and 19 to bring back stranded passengers,” ECR chief public relations officer (CPRO) Rajesh Kumar was quoted as saying by Times of India.

The railways have planned that if the demand increases considering the possibility of a lockdown in Maharashtra, it will run additional trains.

The Railway administration, however, attributed the passenger rush to the summer season which sees a large number of people traveling to their native places.

A railway staffer deputed at Lokmanya Tilak Terminus (LTT) said since the last couple of days, the station in suburban Mumbai has registered a sharp increase in passengers coming to board trains.

A senior Railway officer said the rush on outstation trains going to North India is mainly due to the summer season when a large number of people visit their native places for marriages and other reasons.