The Indian riders are off to a good start with CS Santosh part of a three-rider squad from Hero MotoSports while Harith Noah and Ashish Roarane are competing as privateers. 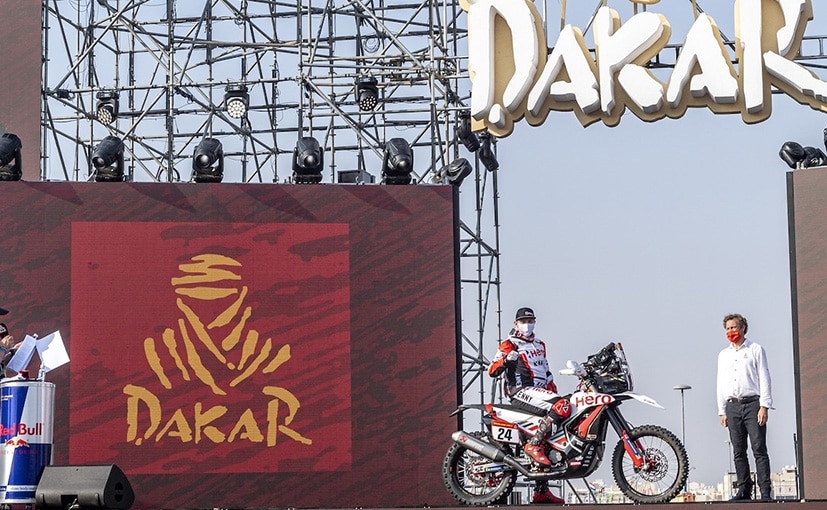 The 2021 Dakar Rally and the prologue stage was held on Sunday with the competitors completing 11 km of the special section and a 118 km liaison. Hero MotoSports Team Rally is off to a good start in the rally being held in Saudi Arabia as rider Sebastian Buhler finished at P15, followed by Joaquim Rodrigues at P10 and Bangalore’s CS Santosh at P35. Competing as a privateer this year, Harith Noah, backed by TVS Racing completed the stage in P43, while Pune’s Ashish Roarane, finally making his Dakar debut is placed 74th overall.

Also Read: TVS Racing Pulls Out Of Dakar 2021; Harith Noah To Participate As a Privateer​ 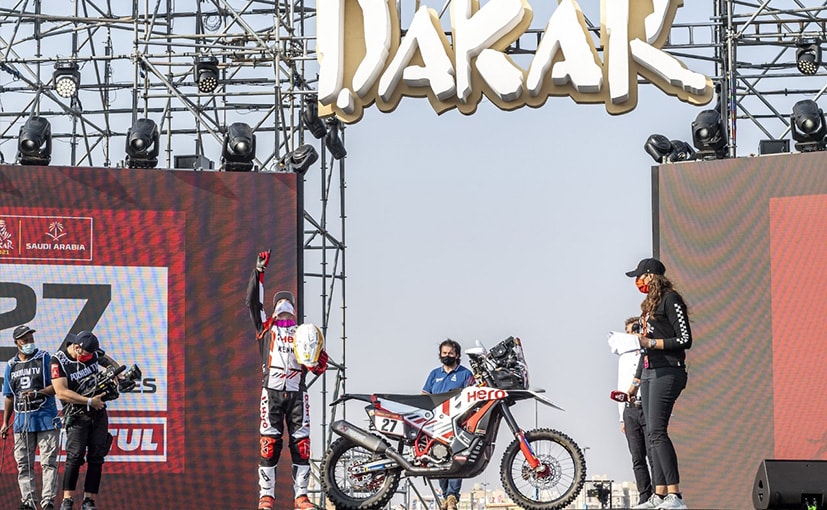 All riders enter Dakar after limited training, testing, and competition opportunities in 2020 given the pandemic situation globally. The riders rolled off the ceremonial podium to mark the start of Dakar 2021 in Jeddah, Saudi Arabia. Stage 1 of the rally kick-starts today and will see the riders travel from Jeddah to Bisha over a total of 622 km that includes a 277 km special stage.

Speaking at the end of the prologue stage, CS Santosh, rider, Hero MotoSports said, “Today we did the prologue stage and as with every Dakar, there were a lot of nerves, excitement and butterflies in the stomach. It was only 11 kms today but I had a good feeling on the bike. There’s two weeks of racing ahead of us and I am looking forward to spending these on the motorcycle and ride as fast as I can.”

Speaking on leading the Hero pack, Sebastian Buhler, rider, Hero MotoSports said, “It was a short prologue stage today but it went very good. I finished 5th which I think is a good position to start the real stage tomorrow. It is going to be a long and tough stage but we have prepared well, so we will see how it goes from here.” 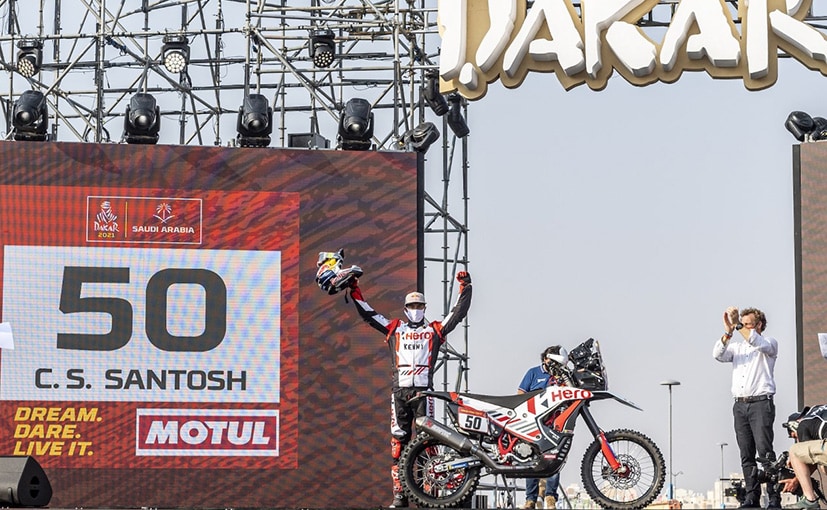 Joaquim Rodrigues, Hero rider added, “We started with the Prologue stage today so I am happy to start another Dakar Rally. I had a strange feeling in the beginning but overall, I am feeling good and the bike is running very well too so I am happy with the results. Looking forward to the first real stage of the Dakar 2021 tomorrow.”

The Dakar Rally takes place in some of the most challenging terrains, but this year organisers did take new measures to make it safer than before. The 43rd edition will also have about 80-90 per cent of new routes, while the road book is now digital to make things easier for the competitors. The 2021 Dakar Rally is divided into 12 stages and will conclude on January 15, 2021.