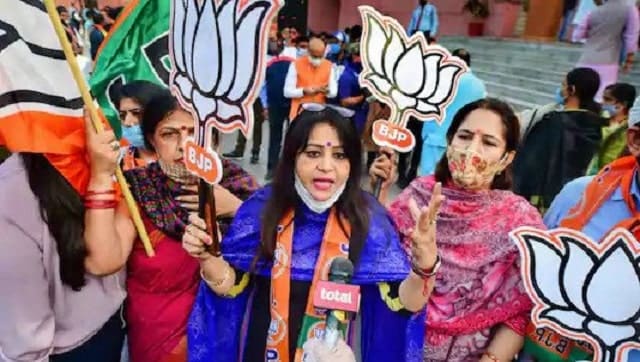 Apart from the emerging winner, almost like always, the underdogs — the Left parties, AIMIM and LJP — captured people’s attention even as they numerically did not amount to much in absolute terms

Surmounting anti-incumbency of 15 years, a mutinous former ally, and a spirited challenge from a resurgent Opposition that rose from its ashes like the proverbial phoenix after the 2019 Lok Sabha poll debacle, Nitish Kumar-led NDA was back in power in Bihar on Wednesday with a slender majority.

The ruling coalition won 125 seats in the 243-member state assembly against 110 clinched by the Opposition Grand Alliance to pave the way for a fourth successive term for Kumar in office, but with diminished clout following a debilitating slide in the number of JD(U) lawmakers. The number of JD(U) MLAs came down to 43 from 71 in 2015.

The competition was so neck-and-neck that the Mahagathbandhan was claiming it still has a fighting chance till at least 9 pm Tuesday, while the BJP top leadership refrained from asserting their victory till around midnight.

A day later, as the dust settled on the knife-edge polls, Bihar politicos weighed in what’s next and the could-have-beens of the electoral battle. Apart from the emerging winner, almost like always, it was the underdogs that became the talking point: The Left parties, Asaududdin Owaisi’s AIMIM, and Chirag Paswan’s LJP captured people’s attention even as they numerically did not amount to much in absolute terms.

While the BJP did clarify that it will stick to its pre-poll promise of supporting Nitish Kumar as the Chief Minister of Bihar, it left no opportunity to toot its own horn for a stellar performance and crediting Prime Minister Narendra Modi with the win. This was notwithstanding the fact that Nitish was battling anti-incumbency being the face of the government, and also had to battle Paswan’s ire who fielded candidates with the sole purpose of sabotaging JD(U).

Prime Minister Narendra Modi thanked the workers of NDA but asserted that the BJP was the only party that could increase its seat share even after three terms in power.

“Our win yesterday shows that we have maintained our performance since the Lok Sabha polls,” Modi said, adding that earlier, after election day, headlines used to say ‘polling booths looted’, now the headlines state ‘polling has increased,’, ‘women voting more than men’.

“People’s blessings and love for the BJP have been increasing limitlessly,” Modi said, claiming that the people of the country believe in BJP and the reason is the party’s governance model.

“The success of BJP is due to good governance. We have seen this during this period of coronavirus pandemic. However, nobody has fought the pandemic the way India has battled it,” Modi said.

Uma Bharti was one of the only few sobering voices that also credited the role of an alliance in one partner’s victory. Her party became the “elder brother” in the NDA alliance in Bihar only through the “ladder” of Bihar chief minister Nitish Kumar, she said.

“We (BJP) have been able to become elder brother from the younger one by climbing up Nitish’s ladder. You cannot pull down the ladder which was used for climbing,” Bharti said.

“No, every party contributed to the victory of the NDA. Everyone’s contribution is important. Their performance in making the NDA a winner has been really good. In elections, one wins or loses. But the support base of each party played a role in NDA’s victory. The clear mandate we have got is the result of hard work of four parties,” Bhupendra Yadav told The Indian Express in an interview.

Chirag Paswan-led LJP was in the media eye because this was the young MP’s first time leading his party without the guidance of his father, Ram Vilas Paswan and because he dared to quit the incumbent alliance and go solo, all guns blazing against Chief Minister Nitish Kumar while still trying to flirt with the BJP.

His party contested on 137 seats, most of them being those seats where the JD(U) had fielded candidates under the alliance arrangement with the BJP. But at the end of the day, his party could win just one seat.

Here’s how NDA ally and Hindustan Awam Morcha chief Jitanram Manjhi summed up the situation: “Chirag Paswan cut the same branch he was sitting on. Apne hi chirag se bhasm ho gaye hain (he got burnt in his own flame).”

BJP’s Bhupendra Yadav, notwithstanding Chirag’s one-sided attachment to the party, accused the LJP of betraying the NDA.

“LJP has chosen its own path and in a way, it cheated the NDA. People of Bihar have conveyed to them their importance in the state politics,” he said, adding that despite all the confusion spread by Chirag, the people of Bihar reposed their faith in Prime Minister Narendra Modi’s leadership and his credibility.

“I am proud of all LJP candidates who fought without the help of any alliance. We received voters’ love. The vote share of the party has increased. The party organisation has got strengthened in every district. We will reap the benefits of it in the future,” Chirag tweeted soon after the results in Hindi.

On Wednesday, Chirag Paswan defended his decision of fielding candidates against the JD(U) in large numbers in the Bihar assembly polls which hurt the latter’s prospects, saying he wanted Nitish Kumar’s party to be “weakened” and succeeded in the endeavour.

“We never concealed our intentions. We believed the JD(U) headed by Kumar needed to be weakened and we succeeded. We wanted to make the BJP stronger and its heft has increased unquestionably,” Paswan said.

Addressing a press conference on Wednesday, Paswan said he was happy that the BJP had emerged “much bigger and stronger” in Bihar, and ruled out any possibility of a truck with the opposition Grand Alliance, comprising RJD, Congress and three Left parties, citing “ideological differences”.

He also asserted that the LJP displayed “courage” in going solo and ended up with a better vote share though it could not convert it into seats.

The Left parties thanked the voters of Bihar for their support to the Mahagathbandhan.

“This included the candidates of the Left parties, which contributed to the Mahagathbandhan putting up a spirited contest in the election against the ruling BJP-JD(U) and its government. The response of the youth and the people to the issues concerning people’s livelihood and employment was heartening,” the parties said in a statement.

The general secretary of CPI (ML), Dipankar Bhattacharya credited the people of Bihar for its performance while he rued that the Left was under-represented in the Mahagathbandhan.

“People feel that the Left was under-represented in the alliance. But for the RJD, from the exclusion of 2019 to modest inclusion it was a long road,” The Hindu quoted him as saying.

EC must ensure recounting of votes in all seats where victory margin is narrower than postal ballots. Several MGB candidates have been declared defeated by extremely narrow margins and irregularities have been reported in the counting process. #BiharResults

Meanwhile, buoyed by the stellar performance of the consolidated Left, CPM general secretary Sitaram Yechury warned naysayers against writing them off, saying they would have notched up higher numbers in the elections had they been given more seats.

“We were clear from the beginning that we have to defeat the BJP. Our strike rate in Bihar is 80 percent and if we had been given more seats, we would have contributed more to the gathbandhan tally,” Yechury told PTI.

“Our alliance with the RJD and Congress combined issues of social justice with that of economic justice. One cannot be achieved without the other,” he said.

Many in the party had questioned RJD leader Tejashwi Yadav over what they called “disproportionate concessions to the Left, particularly to the CPI(ML)”. However, the calculations triggered by the state’s socio-political dynamics and the cadre strength of the Left parties seem to have worked.

“This election result has shown that no one can write off the Left and those doubting the relevance of the Left parties should think of what our strike rate has been in Bihar. No one has that strike rate. The Left is a necessity for Indian democracy,” Yechury said. He said the Left parties “provided legitimacy” to the grand alliance to fight the BJP.

AIMIM’s Lok Sabha MP from Aurangabad Imtiaz Jaleel has said that his party’s performance in the Bihar Assembly elections, in which it won five seats, was a “tight slap” to those who accused the party of being the BJP’s “B-team”.

Hyderabad MP Asaduddin Owaisi-led All India Majlis-e-Ittehad-ul-Muslimeen (AIMIM) on Tuesday won five Muslim-dominated seats in Bihar. Ahead of the polling in the third phase of the polls, the Congress had dubbed the AIMIM as the BJP’s “B-team” and accused the party of colluding with the saffron party.

“I thank the people of the Seemanchal region in Bihar for reposing their faith in Asaduddin Owaisi and AIMIM. Today’s result is a tight slap on the faces of those people who levelled charges that wherever we contest the election, it is meant for a division of votes,” Jaleel, who is AIMIM’s Maharashtra unit chief, said in a video message.

“They have been accusing us of being B-team of the BJP, but the people of Bihar have shown their faith and trust. This is just a beginning,” he added.

The Congress had accused AIMIM of undermining its vote base in Bihar’s crucial Seemanchal region to help the BJP.

Adhir Ranjan Chowdhury, a senior Congress leader, described Owaisi as a “vote-cutter” and asked secular parties to be “alert”.

“BJP’s tact of using (Asaduddin) Owaisi sahab‘s party in the Bihar elections has succeeded to an extent. All secular parties should be alert about vote-cutter Owaisi sahab,” he had told ANI.

Owaisi, in an interview with The Hindu, however, appeared unfazed and promised to continue with his ‘alternative politics’.

“If I am a nuisance to Congress, BJP, RJD and JD(U) then that means I am doing something good. All these nomenclatures — vote katua or nuisance — don’t matter to me. It only shows that we are becoming stronger on the ground,” he said.

“Bihar right now requires an alternative political voice that is different from JD(U)-BJP-RJD-Congress combination. Because during the 15 years of Nitish Kumar or 15 years of the RJD, nothing has happened in terms of real development,” he added.