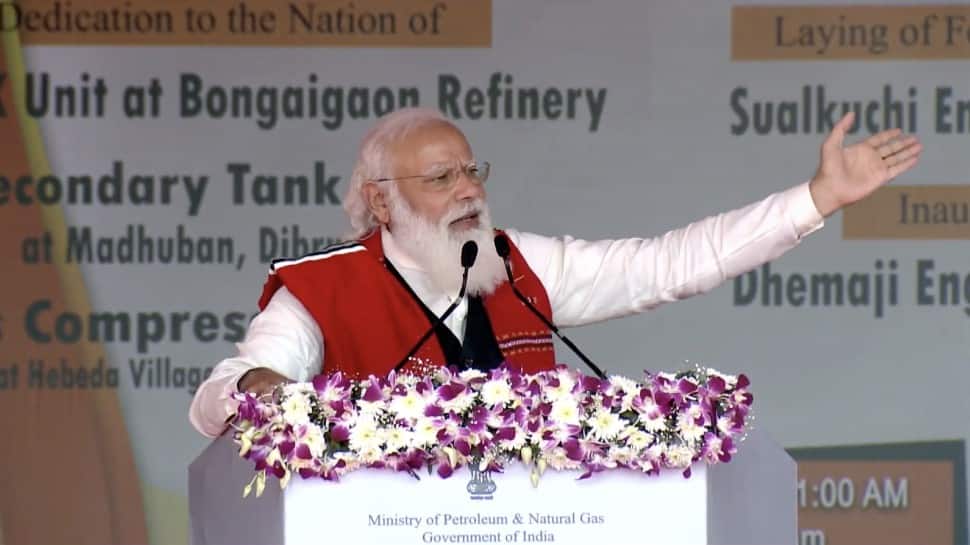 New Delhi: Blaming the past governments for neglecting Assam and other northeast states, Prime Minister Narendra Modi on Monday said that his government is committed to developing infrastructure in the region.

Addressing a large gathering in Dhemaji, Assam, Modi said that those who ruled for decades since Independence believed Dispur was too distant from Delhi.

The prime minister inaugurated three developmental projects worth Rs 3,222 crore on the occasion.

He also listed various steps taken by the state government led by Chief Minister Sarbananda Sonowal and the centre for balanced growth of the region.

“Centre and Assam government are working collaboratively to develop State infrastructure. Despite the state having great potential, former governments gave it ‘sautela’ treatment by overlooking development in various sectors,” he said.

Modi said that tea, tourism, handloom and handicraft will strengthen the state’s self-reliance.

Modi further said he will visit Assam and other poll-bound states as many times as possible before elections are announced.