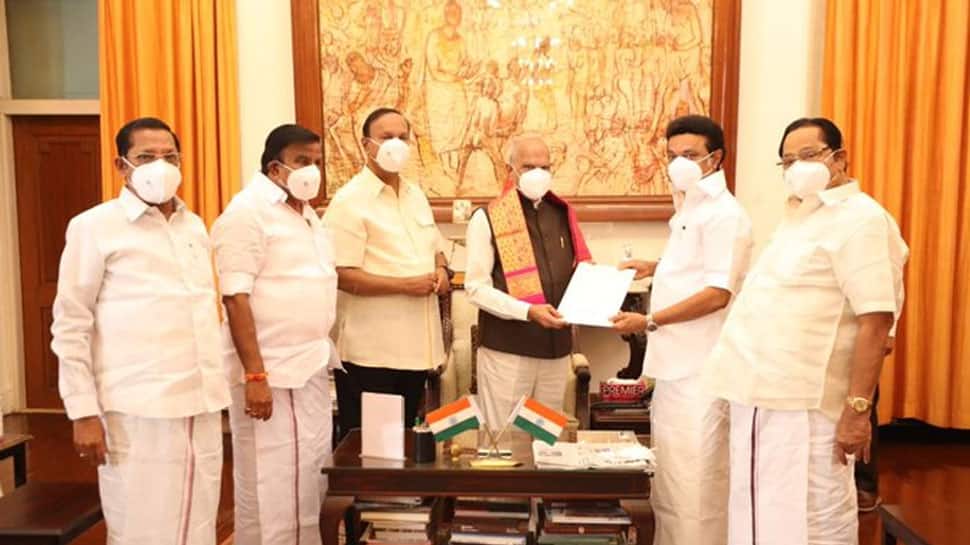 Chennai: DMK president MK Stalin on Wednesday called on Governor Banwarilal Purohit at the Raj Bhavan and staked claim to form the government, a day after he was unanimously elected leader of the legislature party.

Stalin, along with party veteran and general secretary Duraimurugan called on Purohit and gave him a letter on his election as leader of the DMK legislature party and staked claim to form the government, a party release said.

The DMK chief is set to assume office as Tamil Nadu Chief Minister on May 7 and he would be sworn in as CM in a simple function to be held at the Raj Bhavan.

Stalin was elected leader of the DMK legislature party here on Tuesday.

The DMK won 133 seats in the Assembly polls and along with allies including Congress garnered a total of 159 constituencies in the 234-member Assembly.

The AIADMK won 66 segments and its partners BJP and PMK four and five seats respectively.