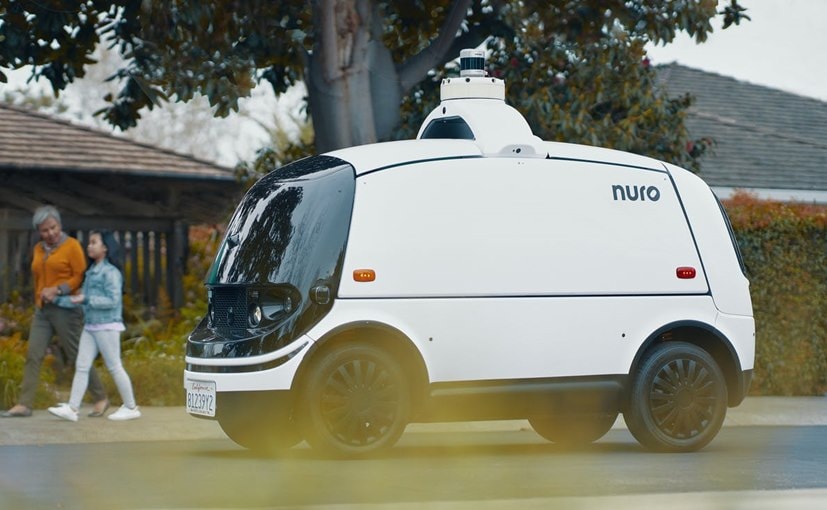 With small, low-speed vehicles to carry packages instead of people, Nuro has been pulling ahead of other autonomous vehicle startups in gaining regulatory approvals. It won U.S. clearance last year to start unmanned delivery services.

Domino’s will use Nuro’s robo-delivery vehicle to fulfil increasing online orders during the pandemic.

Domino’s Pizza Inc and Nuro Inc, a Silicon Valley startup, said on Monday they will launch a robotic pizza delivery service in Houston this week as they seek to satisfy increasing online orders during the pandemic. With small, low-speed vehicles to carry packages instead of people, Nuro has been pulling ahead of other autonomous vehicle startups in gaining regulatory approvals. It won U.S. clearance last year to start unmanned delivery services. Nuro recently secured a $500 million including an equity investment from Woven Capital, the mobility investment arm of a Toyota Motor Corp subsidiary, which made its total valuation more than $5 billion, a person familiar with the matter said.

The delivery service will begin at a Domino’s outlet in Houston before expanding to serve customers in many other locations as part of a long-term partnership, said Cosimo Leipold, Nuro’s head of partner relations. “It’s generally difficult for large companies to hire enough drivers to fill their delivery demand,” Leipold said in an emailed statement to Reuters. Leipold said Nuro, which has already partnered with retailers Kroger Co, Walmart Inc and CVS Health Corp to deliver groceries and prescriptions, said its weekly deliveries had nearly tripled in the first three months of the pandemic. Houston, the fourth-largest U.S. city, has one of the country’s highest road fatality rates. “Houston’s roadways create challenging scenarios for our technology to work with,” Leipold added.

Nuro and Domino’s had said in 2019 they expected to launch robot pizza delivery late that year. “Nuro and Domino’s have taken a measured approach to prioritize a smooth and safe deployment,” Leipold said. Nuro, founded by two former Google engineers in 2016, previously raised $940 million from the SoftBank Vision Fund.