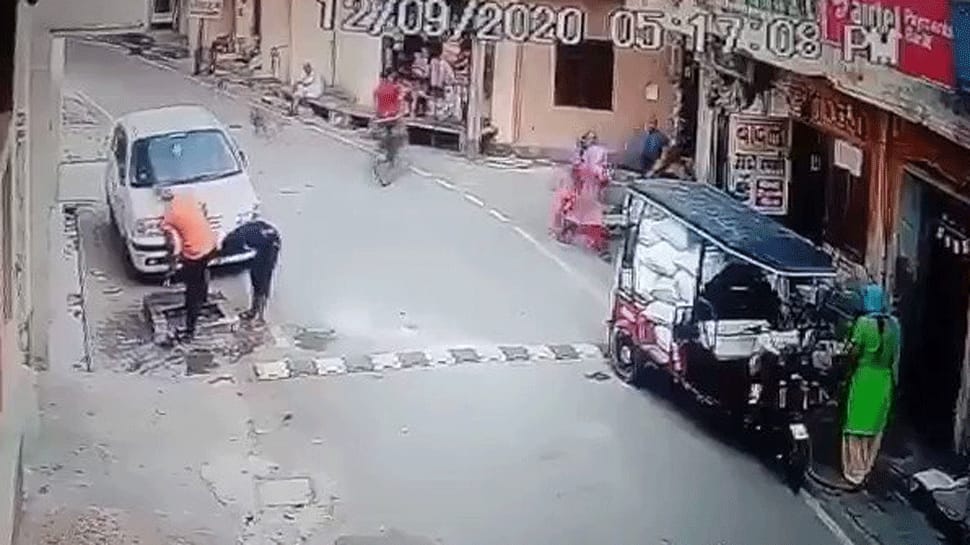 NEW DELHI: In a shocking incident, an elderly woman was allegedly thrashed by some unidentified local youths for resisting an eve-teasing attempt in UP’s Ghaziabad district bordering Delhi, it emerged on Tuesday.

According to reports, the old lady was badly roughed up in full public view for objecting to alleged eve-teasing attempts by some local youths.

The lady was thrashed after she objected to some youths making lewd comments on her daughter.

The shocking incident took place on September 12 in Rajapur village under the Kavinagar Police Station limits.

An elderly woman was brutally assaulted in Kavi Nagar area of #Ghaziabad after she raised her voice against the eve teasing of her daughter by the same man. pic.twitter.com/nOG7nxxhIY

A video of the entire incident has also gone viral on various social video platforms.

The police have taken cognizance of the incident and the matter is being investigated.

According to the Ghaziabad Police, the FIR lodged by the complainant does not mention any eve-teasing incident. The woman had alleged that she was beaten up by some local youths in her complaint, the police said.

A middle-aged man who was one of those allegedly thrashed the elderly woman has been arrested and is being interrogated by the police for more leads in the case.