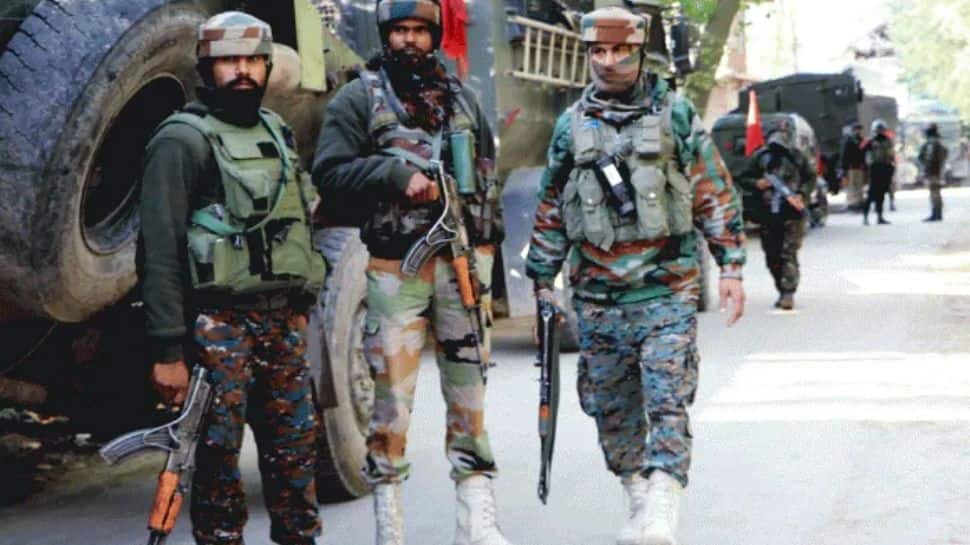 New Delhi: Three unidentified terrorists were killed and two army troopers were left injured in an encounter in Jammu and Kashmir’s Shopian town on Thursday (April 8), informed the police.

A police official said, “Two army soldiers sustained injuries in the ongoing operation and have been shifted to hospital for treatment.”  He added that the identity of the slain militants is yet to be ascertained.

The encounter is still underway between terrorists and security forces in Jan Mohalla town of Shopian district. As per sources, two more terrorists are believed to be holed up inside the mosque.

Chief of Ansar Ghazwat-ul-Hind (AGuH) terror outfit has been trapped while three unidentified terrorists have been killed by the security forces, the police stated. Confirming the same, the Kashmir Zone police tweeted, “Chief of proscribed terrorist outfit AGuH (JeM) trapped.”

Earlier around 4 PM, a joint team of J&K police and security forces had launched a cordon and search operation in Jan Mohalla area of Shopian district in south Kashmir after getting the input of the presence of terrorists in the area.

As the searching party cordoned the suspected spot, the terrorists fired upon them and during the retaliatory firing security personnel sustained injuries, the police official said.