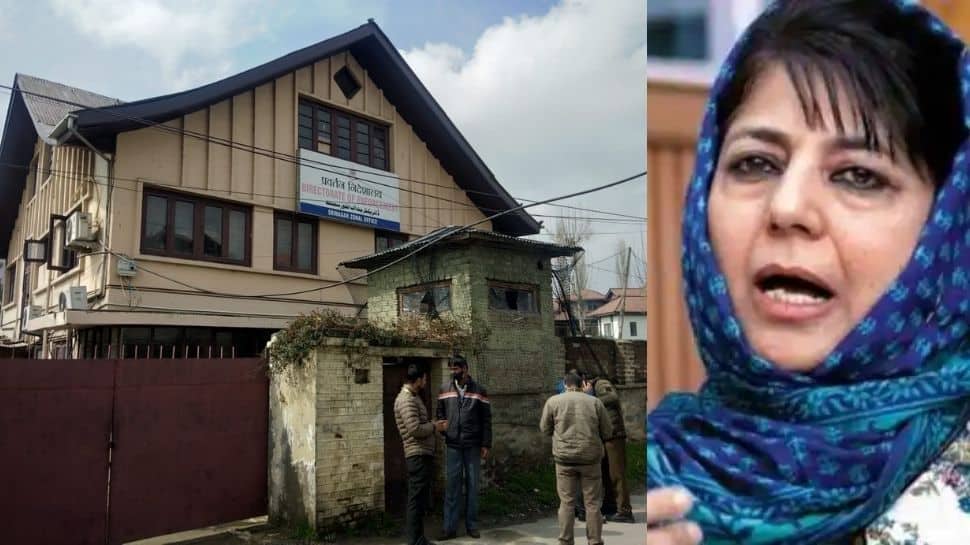 Srinagar: Former Jammu and Kashmir Chief Minister and Peoples Democratic Party (PDP) chief, Mehbooba Mufti appeared before the Enforcement Directorate (ED) in Srinagar on Thursday (March 25) at 11 am in connection to an alleged money laundering case.

Official sources confirmed that the PDP chief appeared before the Enforcement Directorate (ED) in Jammu and Kashmir for questioning in connection to the money laundering case. The Kashmir’s political leader appeared at ED’s office located in Rajbagh area of Kashmir capital Srinagar at around 11:00 AM.

The Enforcement Directorate had summoned the political leader on March 15.

Earlier, reacting to the ED summon to her mother, Sana Mufti had said, “It is a clear case of political vendetta. This is being done to intimidate my mother as she has been very vocal and critical of the government after the revocation of Article 370 from Jammu and Kashmir. But we are not scared, as we have nothing to hide.”