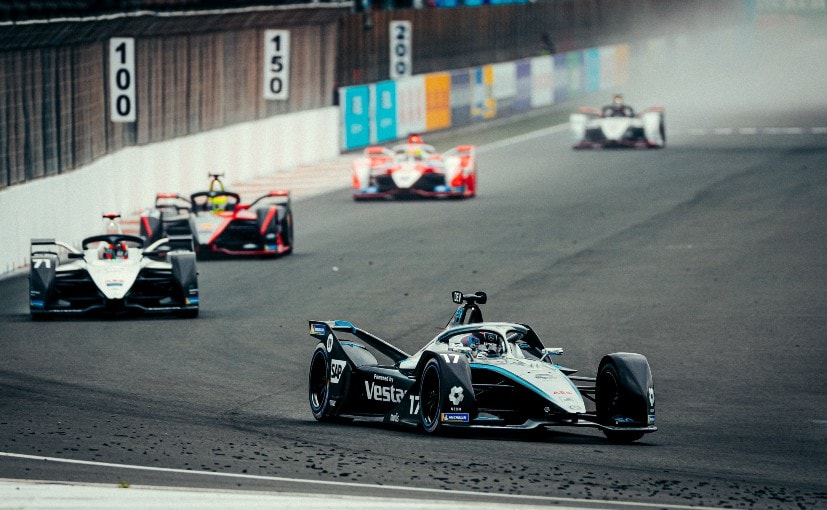 Nearly half the grid ran out of energy in what was an absurd end to the Formula E Valencia e-Prix, with Mercedes’ Nyck de Vries beating race leader Antonio Felix da Costa to take his second win of the season.

The rain-soaked Valencia e-Prix saw Mercedes’ Nyck de Vries take the victory, albeit in what was an absurd finish to the race. De Vries took the win, his second of the season, after passing erstwhile leader and polesitter Antonio Felix da Costa driving for DS Techeetah. However, this was only after half the field ran out of useable energy and were disqualified. The race saw almost every team miscalculate energy management after five safety car periods. This left the field with only 12 cars running with enough energy to cross the chequered flag at the end of the race.

The finish… but not the finish. This is why energy management is perhaps THE most important aspect of Formula E#DHLValenciaEPrix @DHL_Motorsports pic.twitter.com/nDeYQvK08H

Da Costa led the race after the rain-soaked track behind a safety car start. He held a lead 1.7s behind the rest of the grid at the end of the opening lap, just before the first safety car was called. Porsche driver Andre Lotterer crashed into Nissan e.dams’ Sebastian Buemi. While Lotterer continued with the race, Buemi was beached in the gravel.

The first in-race restart saw Da Costa holding on to the lead but that only last for a couple of corners as BMW Andretti’s Maximilian Gunther pitched himself into the gravel after losing control. The second restart was quick though after the BMW was cleared out of the track, but didn’t last for long with the safety car coming back again. This time for Mitch Evans heading into the gravel. 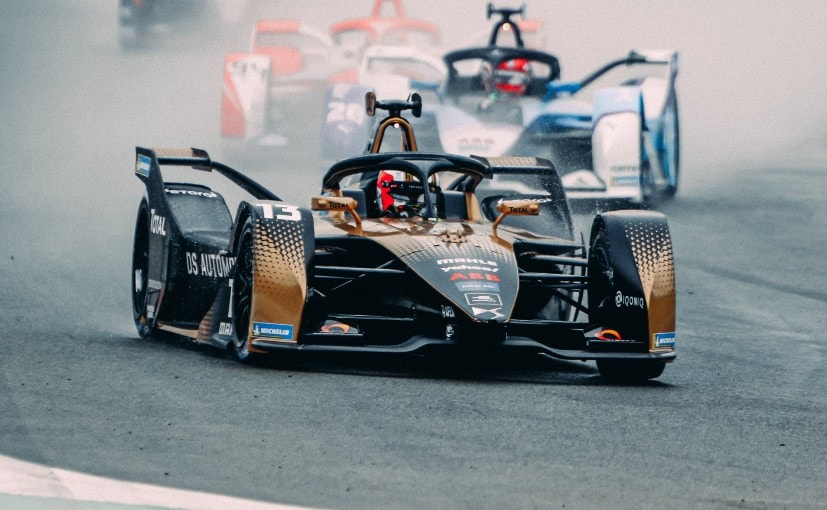 Da Costa continued leading the race and was in control with a gap of four seconds, while Nyck de Vries had moved up to second over the course of the previous laps. However, it was the final safety car in the late stages of the race that turned things upside down – after Lotterer crashed into Edoardo Mortara – taking out both drivers.

The fifth restart saw the drivers sprint in the final two laps to the finish line. However, Da Costa hit energy limits and slowed down immediately on the start-finish straight that allowed de Vries to take the lead after starting at P7 on the grid. With many drivers having lost energy due to a miscalculation of an additional lap, several drivers slowed down which allowed Dragon Racing’s Nico Muller to take an unexpected podium finish after starting at P22.

The third place was secured by Stoffel Vandoorne in the Mercedes after starting at the back of the grid, having been penalised for a tyre infringement.

The five safety car periods led to a 19 kWh reduction in energy from each car still in the running. The reduction comes with each safety car activation and the teams are putting the blame on the FIA for the miscalculation. Behind the double podium by Mercedes, Nick Cassidy of Virgin Racing finished at P4, followed by Rene Rast in the Audi. Robin Frijns of Virgin Racing bagged sixth place, while Da Costa fell down to P7. 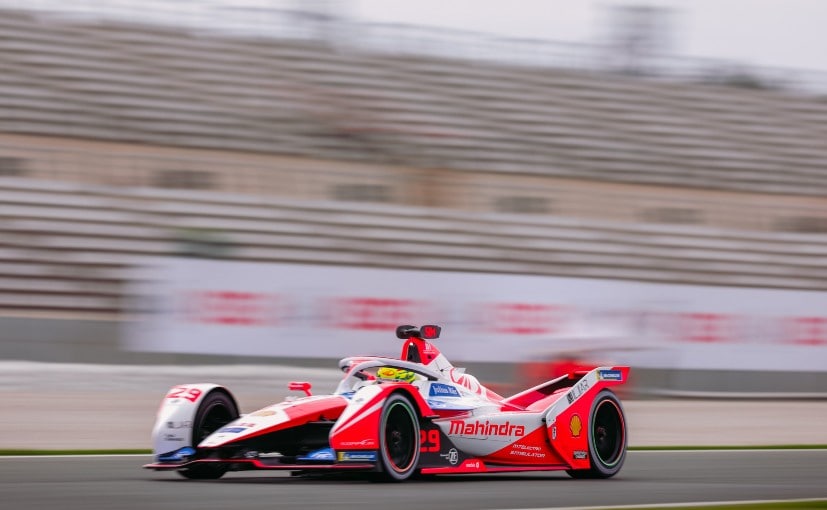 Mahindra Racing’s Alex Lynn dropped down to P8 after moving up as high as P4, behind teammate Alexander Sims who was up to P3 before running out of energy. Sims was later disqualified from the race due to energy overuse.

The final points were collected by Sam Bird of Jaguar Racing and Lucas di Grassi of Team Abt, while Jake Dennis of BMW Andretti and Jean-Eric Vergne of Techeetah were the only drivers to be not disqualified.