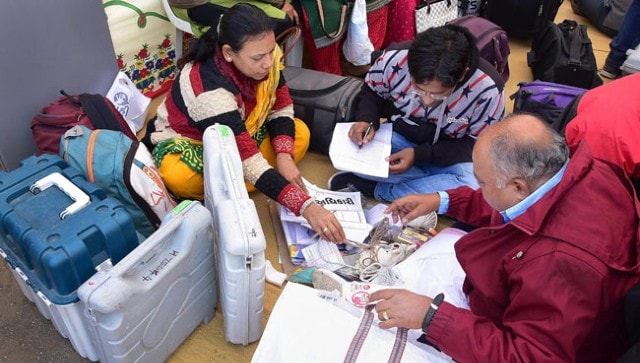 Ahmedabad: Voting in the civic polls in six major cities of Gujarat will be held between 7 am and 5 pm on Sunday amid tight security and adherence to COVID-19

The municipal corporation elections in Ahmedabad, Surat, Vadodara, Rajkot, Bhavnagar and Jamnagar are being seen as a test for Gujarat chief minister Vijay Rupani as it may set the tone for the Assembly polls slated for next year.

Votes will be counted on 23 February, following which, on 28 February, polls to 31 district and 231 taluka panchayats, as well as 81 municipalities will be held, he added.

During the campaign, the BJP played the “development” card, while the Congress, which has been out of power in these local bodies for a long time now, cited “lack of amenities” and the recent fuel price hike to turn the tide.

The Aam Aadmi Party has claimed it would be an effective alternative to the BJP and Congress, while Asaduddin Owaisi’s AIMIM will make its local bodies poll debut having fielded 21 candidates in six wards in Ahmedabad.

Rupani, who tested positive for coronavirus

during the campaign, maybe discharged from hospital later in the night and is likely to vote in his hometown Rajkot on Sunday.