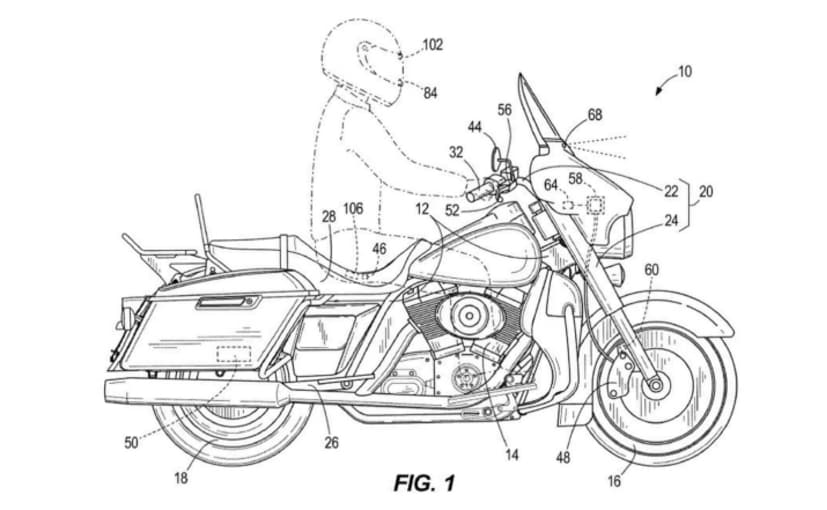 Patents filed by Harley-Davidson show a new kind of emergency automated braking system that could be developed for future models.

Harley-Davidson may be working on its latest range of electronic rider aids, with latest patent filings showing a kind of emergency automated braking system. The system is not similar to adaptive cruise control that many other manufacturers have already showcased. But Harley-Davidson’s system is described more as a crash avoidance system, which will be called upon only in times of emergency. An array of sensors are part of the system, and these sensors can also be used as part of an adaptive cruise control system. The idea is that these sensors monitor the bike’s surroundings and also the rider. 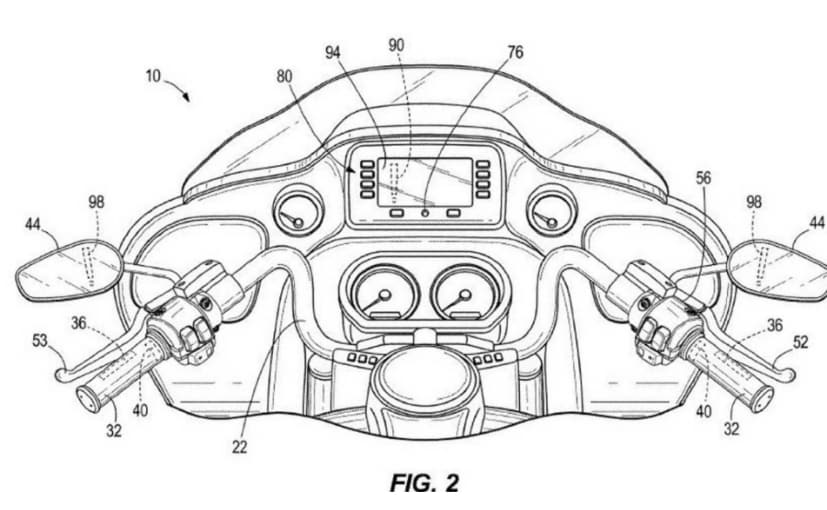 The patent images show warning lights, and even a dash-mounted camera which will monitor the rider’s line of vision

The system uses sensors on the handlebar grips, the seat and also has a camera mounted on the dash that looks back at the rider. Before the system begins to take any sort of action, a series of warning lights and haptic and audible warnings will alert the rider to react and take action. If the rider does not respond, the system will begin applying the bike’s brakes. The system is apparently also designed to see how much braking power should be applied, so it can theoretically even add some braking force if it senses that the rider is not applying enough pressure on the brakes.

The new patent filings also mention the use of a helmet-mounted camera that is aimed at the rider’s eye. The camera will use vision-tracking technology which will determine not only of the rider’s eye is open, but also judge in what direction the rider is looking at, ensuring that the focus is on the road. Presumably, some sort of warning lights and haptic feedback will be given if the rider is seen to be not responding or if his vision is not focussed on the road.