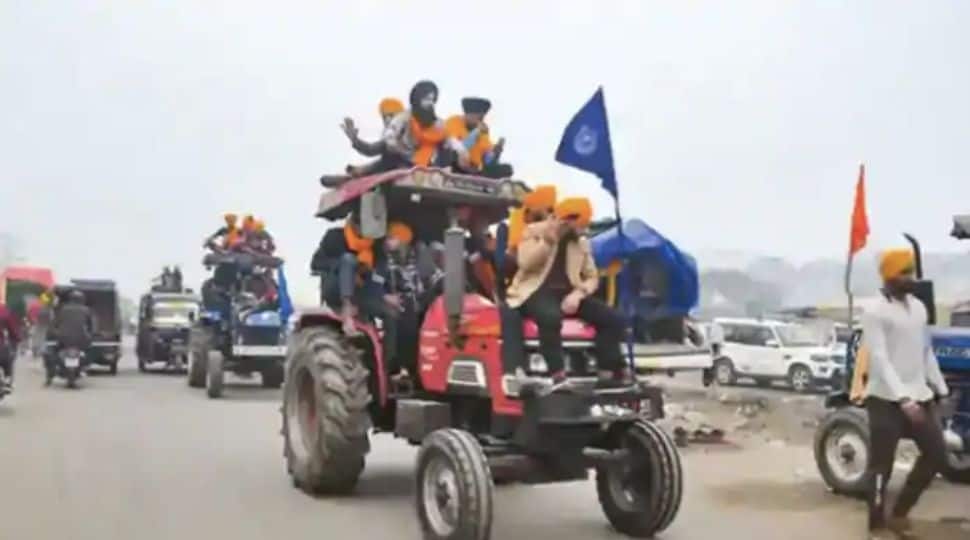 Chandigarh: Authorities in some of Haryana districts close to the national capital has issued advisories on Sunday (January 24) against unnecessary travel towards Delhi over the next couple of days in view of a January 26 tractor parade by protesting farmer unions.

On Sunday (January 24), thousands of tractors were seen on the highways in Haryana heading towards Delhi, resulting in traffic congestion at several points on the GT Road, a police officer in Karnal said.

The authorities in Sonipat also advised people on Sunday to avoid unnecessary travel towards Delhi over the next few days. Sonipat Deputy Commissioner Shyam Lal Poonia said commuters were advised to use routes suggested by the local police in case travel towards Delhi was unavoidable.

In an advisory, Panipat Police too appealed to commuters to avoid travel to Delhi on January 25-26 or use routes suggested by local authorities if travel was unavoidable.

With thousands of tractors expected to cross through Sonipat, Poonia held a meeting with officials in the district to ensure law and order is maintained.

Sonipat’s civil surgeon was directed to ensure adequate availability of “bike ambulances” over the next few days so that these could reach those in need faster.

He was also directed to set up temporary medical camps, an official said.

Poonia asked the police department to strengthen security measures in the district.

Apart from Punjab, thousands of farmers from Haryana on Sunday set out in their tractor-trolleys and other vehicles to take part in the proposed tractor parade.

Earlier, at many places in the two states, tractor marches were taken out to mobilise more people for the tractor parade.

Thousands of farmers, mainly from Punjab, Haryana and western Uttar Pradesh, have been camping at Delhi’s borders for several weeks, demanding a repeal of the farm laws enacted in September last year and a legal guarantee on the minimum support price (MSP) for crops.