Srinagar: The Kashmir valley is witnessing heavy snow from a couple of days. As a result, Kashmir was cut off from the rest of the country on Monday (January 4) as Jammu- Srinagar National Highway and Mughal road were shut due to heavy snowfall. Heavy Snowfall continues across the Kashmir on Tuesday (January 5). MeT has predicted more snow in the coming days.

Continuous snowfall has bought Kashmir to stand still. No Flights are operated on the third day while the Jammu-Srinagar highway including Mughal road continued to be closed due to heavy snowfall in Kashmir Valley for the third consecutive day.

No flight could take off or arrive at the Srinagar International Airport due to extremely poor visibility. it was highly unlikely for any operation to take place at the airport in wake of the snowfall.

Jammu-Srinagar highway and Mughal road are the only surface link connecting Kashmir Valley with the rest of the country. They have closed today also due to heavy snow accumulation and mudslides at several places. Jawahar tunnel had snow depths of around 4ft. Beacon authorities stopped the snow clearance due to continues snowfall. 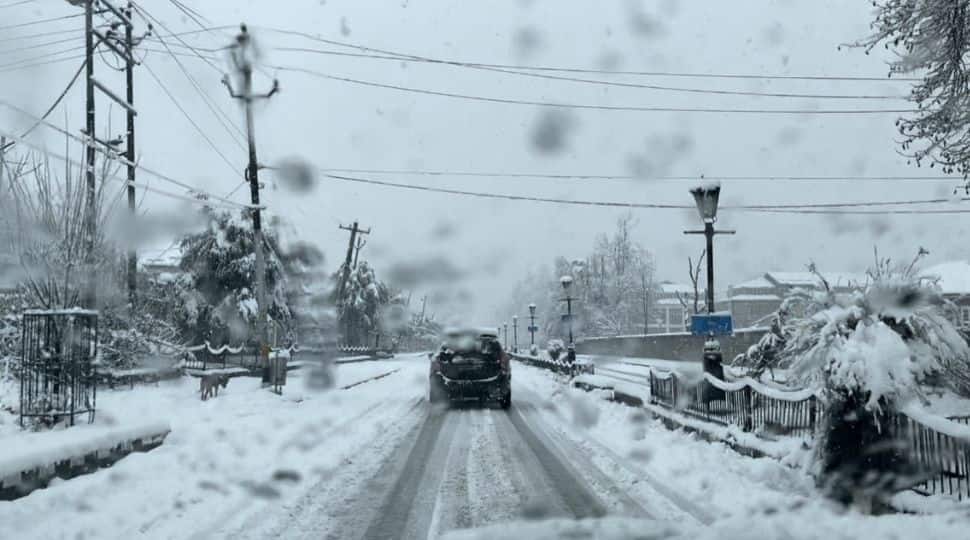 “We have stopped snow clearance on Jammu-Srinagar highway because continues snowfall and heavy snow accumulation at Jawahar Tunnel, work will be resumed once snowfall reduces,” an official said.

Mughal Road, which connects the Kashmir with Poonch district remained closed for vehicular traffic due to heavy snowfall in the region. Srinagar-Leh highway has been officially closed now till April.

MeT officials in Srinagar said “ Srinagar received 18 inches of snow in the last 24 hours while Qazigund, the entry town of Kashmir, recorded the highest depth in the plains across Valley 4.5 feet.
Pahalgam, the famous tourist destination, and Kokernag recorded 2.5 and 2 feet with fresh snow respectively. “

Many main roads and almost all interior lanes and link roads are still blocked with snow however men and machinery are working round the clock to clear snow from the roads. The snowfall has also led to disruptions power and water supply at many places in Kashmir especially in remote areas.

MeT has predicted more snow till Wednesday (January 6) in Kashmir. The weather is expected to improve after that. It is expected that the temperature will fall and the cold winds wil intensity the cold wave not only in Kashmir but across north India.

UP panchayat polls: Around 60 per cent polling recorded till 5 pm