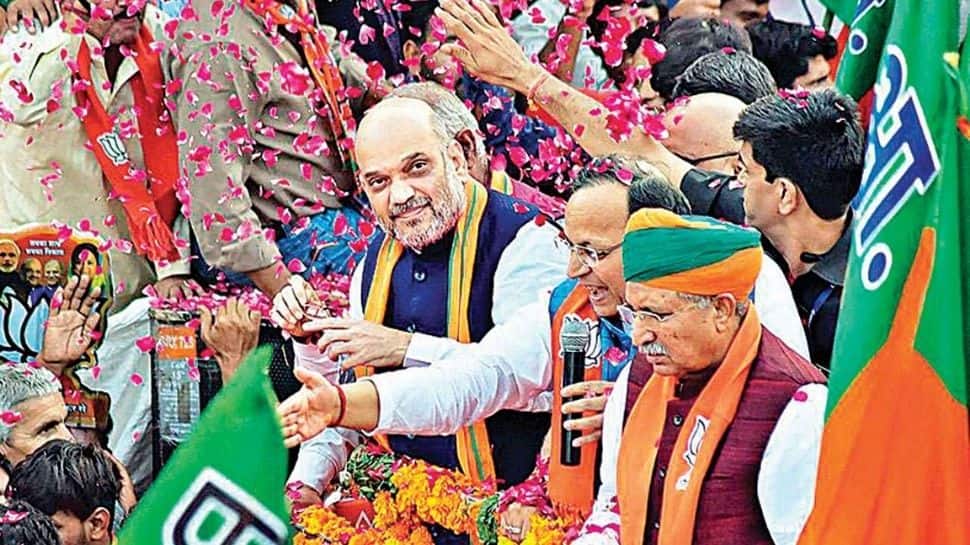 Guwahati: Union Home Minister Amit Shah is all set to launch the Bhagwan Birsa Munda Sido-Kanhu Samman Yatra as a part of BJP campaign in West Bengal on Monday (March 15).

The party, earlier, disclosed that the objective of the yatra is to celebrate the contributions of great freedom fighters.

“This yatra will be launched by Amit Shah in a massive public meeting in Jhargram,” a BJP leader told news agency PTI. The yatra will also mark union home minister’s second day of West Bengal campaigning for the upcoming assembly elections in the state.

Meanwhile, the political environment in West Bengal is getting tense as both the parties, BJP and TMC, have started their election campaigns in the state. The assembly elections in West Bengal are scheduled to be held in eight phases. The voting for phase 1 for 30 constituencies will take place on March 27, voting for phase 2 for 30 constituencies will be held on April 1.