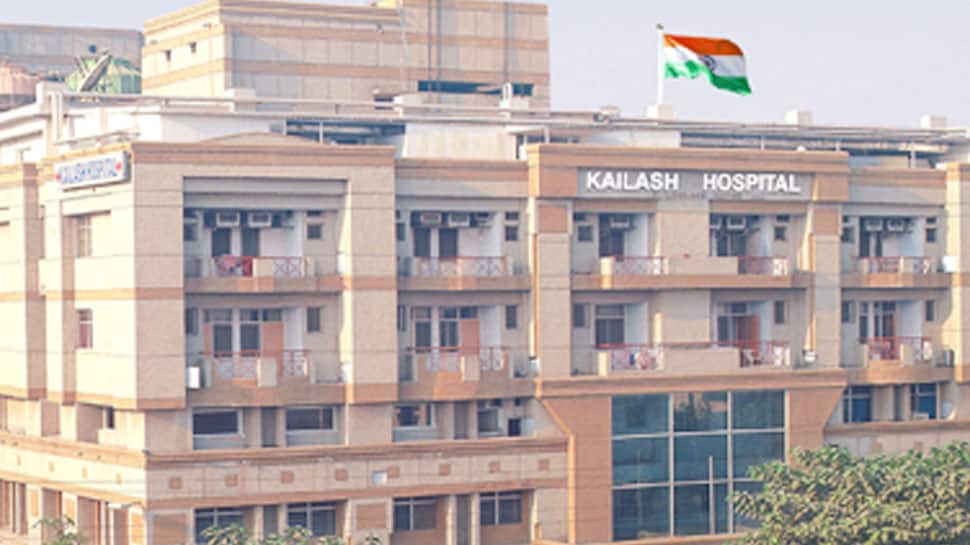 NOIDA/NEW DELHI: Kailash Hospital, one of the leading hospitals in Noida, is left with just 3-4 hours of oxygen supply.  The hospital management has sought the Centre and the Noida district administration’s help in this regard and asked the government to ramp up the oxygen supply to the hospital.

Due to oxygen shortage, the hospital is not admitting any new COVID-19 patient coming for treatment there.

Sharing more information, senior doctor Ritu Bohra, Group Director, Medical Kailash Hospital, said that the management has contacted the Noida District Administration and apprised it of the oxygen shortage situation being faced by the hospital.

She said that the hospital has received positive assurance from the Noida Administration and the oxygen supply is likely to be restored soon.

It may be noted that the Centre has roped in the Indian Air Force to airlift oxygen cylinders, regulators, and essential medicines as the hospitals in the national capital region face a shortage of oxygen cylinders and medicines.

As the second wave of Covid-19 hits India, the IAF has started airlifting personnel, doctors and nursing staff to help the government battle the pandemic.

Sources said that IAF has airlifted doctors and nursing staff from Kochi, Mumbai, Vizag and Bengaluru for setting up a Defence Research and Development Organisation (DRDO) Covid hospital in Delhi. The force has also airlifted oxygen containers of DRDO from Bengaluru for Covid centres at Delhi.

On Tuesday, Defence Minister Rajnath Singh directed all the defence establishments to set up more Covid-19 hospitals, use emergency powers and bring in retired personnel to tackle the crisis. A roadmap on how military infrastructure can be used to ramp up the fight against Covid-19 was also discussed in a Covid preparedness review meeting chaired by the Minister.

Several hospitals in Delhi had on Wednesday alleged that the Haryana government was not allowing vendors to supply oxygen to them and there is only limited stock left as hundreds of coronavirus patients battled for their life in these healthcare facilities.

According to an official, Sir Ganga Ram City Hospital at Pusa Road had five hours of oxygen left around 4:30 PM. There are 58 COVID patients, including 10 in ICU, in the hospital.

“The vendor, as per its representative, is not being allowed by the Haryana government to supply oxygen cylinders and liquid oxygen to Sir Ganga Ram City Hospital, Pusa Road. Supply left is sufficient only for five hours,” the official said.

He said the Centre needs to intervene as a large number of hospitals are affected due to the “stoppage of oxygen supply from Haryana”. A spokesperson of St Stephen’s Hospital said they had only two hours of oxygen left around 4 pm.

“The Haryana government has not been allowing our vendor to supply oxygen to us. Of the 350 patients in the hospital, around 200 are on oxygen support,” he alleged.

An official at the Holy Family Hospital in Okhla also claimed that the state neighbouring Delhi has stopped their tanker carrying oxygen. “Only a few hours of oxygen left. We are trying three-four vendors for fresh stock,” he said.

Some major government and private hospitals in Delhi received a fresh stock of medical oxygen in the early hours of Wednesday, averting a crisis just in time, according to officials.

Sir Ganga Ram Hospital received 4,500 cubic metres of oxygen supply from a private vendor before 3 am. Another supplier sent 6,000?cubic metres of it later. This stock should last till 9 am on Thursday, an official said.

All the 132 ICU beds in the hospital are occupied and only three of the 487 non-ICU beds in the facility are vacant. An official at Guru Tegh Bahadur Hospital confirmed that a truck carrying oxygen from a firm reached them around 1:30 am.

Dr Suresh Kumar, the medical director of the Lok Nayak Jai Prakash Narayan Hospital, said a truck carrying oxygen from a vendor reached the facility around 3 am.

A record 28,395 coronavirus cases and 277 deaths marked the aggravation of the pandemic situation in Delhi on Tuesday as the positivity rate shot up to 32.82 per cent — meaning every third sample came out positive — amid a “serious oxygen crisis” unfolding in the city.