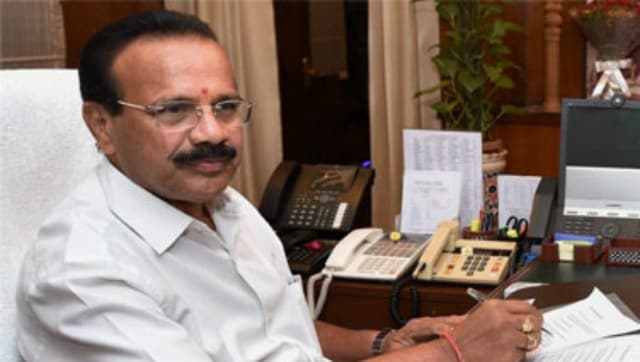 The Union minister said if the BJP comes to power in Kerala, a law similar to the love jihad law formulated in Uttar Pradesh will be passed

Thiruvananthapuram: Attacking the Left government in Kerala ahead of the 6 April Assembly elections, Union Minister D V Sadananda Gowda on Monday said the southern state was becoming a hub of “anti-national activities”.

At a press meet here, Gowda said if the BJP comes to power in Kerala, a law similar to the love jihad law formulated in Uttar Pradesh will be passed.

The Union Minister, who reached the state for the campaign, also said the Devaswom boards, which manage the temples in the state would be abolished and handed over to devotees.

“Kerala is becoming a hot hub of anti-national activities. Minister KT Jaleel was interrogated in the gold smuggling case. It’s a shame. He is a cabinet minister.

Former party chief Kodiyeri’s son is under arrest. There is no development here,” Gowda, Minister of Chemicals and Fertilizers alleged.

He said the Devaswom boards had become centres of CPI(M) activities, adding they would be abolished if the BJP came to power in the state.

“The devaswom boards have become centres of CPI(M) activities. If my party comes to power then certainly all boards will be abolished and believers will take charge,” Gowda said.

On Love Jihad, Gowda said it was an issue that “harms the whole society”.

“Love jihad is rampant. This is an issue that harms the whole society. The families affected by this are suffering. But when it is motivated by governments like Kerala, such people get the upper hand. Christian communities are severely damaged by this issue. We want to come out with a legislation. If we come to power, a law similar to the one in UP will be brought in Kerala,” Gowda said.

‘Love Jihad’ is a term used by right wing activists to refer to an alleged campaign of Muslims forcing Hindu girls to convert in the guise of love.

However, the central government had on February 4 last year said the term ‘Love Jihad’ is not defined under the extant laws and no case of ‘Love Jihad’ has been reported by any of the central agencies.

Various courts, including the Kerala High Court, have upheld this view.

“The term ‘Love Jihad’ is not defined under the extant laws.

No such case of ‘Love Jihad’ has been reported by any of the central agencies,” Union Minister of State for Home G Kishan Reddy had replied to a written question in Parliament.

The minister, however, said two cases from Kerala involving inter-faith marriage have been probed by the National Investigation Agency (NIA).