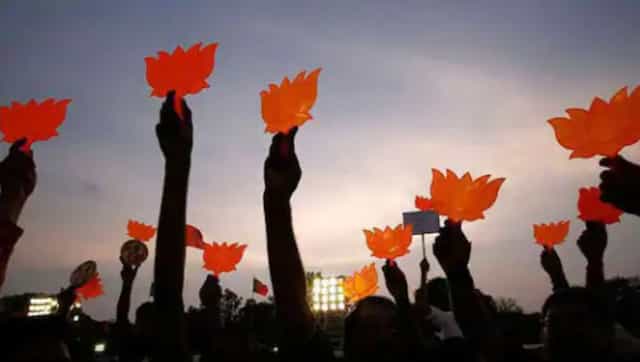 Jangalmahal is now seen as one of the strongholds of the BJP, and the party claims it will win all seats in the region

Editor’s Note: A peculiar trend that has emerged in West Bengal’s political scene is that of people switching allegiance from the Left to the BJP. This is the first part of a multi-part series exploring the reasons and patterns of this shift and how this is playing out on the ground.

Five years ago, Dharmendra Mahato, then 25, had to take the most difficult decision of his life; to switch from the Communist Party of India (Marxist) to the Bharatiya Janata Party (BJP).

Mahato, who had been an active campaigner for the CPM in his village — Manikpara in Jhargram district of West Bengal — knew that his decision will influence the voters of his village too.

After all, he is someone they look up to as a young enterprising athlete who is also well-read. In the 2016 Assembly election, he had asked them to vote for CPM.

But discontent had been brewing within him since 2011, when the Left Front lost the West Bengal Assembly elections after ruling the state for 34 years.

“I was in my second year of college then. We witnessed political intimidation at an unprecedented scale,” he says. He alleges that members of the Trinamool Congress (TMC) had abducted him too.

Mahato subsequently continued to work for the CPM, albeit in a subdued manner. But in successive elections afterwards, he felt that the Left was not formidable enough to defeat the TMC.

By 2016, the other option was a rising force, the BJP. The crisis: the dilemma of a polar opposite ideology.

“I knew my decision will influence others in the village too. So I had to really think it through. But finally when I decided what I need to do, I felt lighter. After all, the BJP wants a strong and safe country. What is wrong with that?”

Mahato is not the only one who has made this peculiar shift to the other end of the ideological spectrum in the last few years in Jhargram or in the state.

In the Jangalmahal belt on the western fringe of Bengal, bordering Jharkhand, many voters and activists echo Mahato’s sentiments. The ideological shift here is even more peculiar than the rest of the state as this zone was once identified as a part of the Maoist corridor, particularly from 2006 to 2011. Before that, it was a strong base of the Left, right from the 1970s.

Now, it is seen as one of the strongholds of the BJP where the party claims to be winning all seats. Most political observers, too, predict that the saffron party will get a clear majority in the districts of Bankura, Purulia and Jhargram.

A street in Jhargram, West Bengal. This region is being watched closely for the extent to which voters switch allegiance from the Left to the BJP. Dipanjan Sinha

Voters and activists cite multiple reasons for this. Some blame the rampant violence of the incumbent TMC, while some bank on the election-winning capabilities of the BJP. Some even say that they have now found the path to true nationalism with the RSS and the BJP, and claim that the party is the only one which can provide stability and peace.

But dig deep and there is more to the story. The region faces extreme economic deprivation, and in 2004, it had made news when hunger-related deaths were reported from the village of Amlasole, about 100 kilometres from Jhargram. This deprivation has led to a shift in political choices. According to Phatik Chand Ghosh, a professor at the Midnapore College and a resident of Jhargram, people are looking for an option that liberates them from this economic situation.

Ghosh explained that when the CPM arrived there in the 1970s, the class differences and poverty was extreme. “The have-nots had absolutely nothing. There were no roads, no education infrastructure, and no health infrastructure. And there was no concept of rights,” he says.

The Left made some progress from there, he says. Some roads were constructed, there was some land distribution and people started getting space to voice their opinion. This went on till the 90s in more of less the same way. “But around the 90s, a culture of benefits was established which was directly linked to the party. People from the villages in the Janglemahal area started selling off land for small amounts to move to the towns for basic jobs like that of a primary school teacher. But these benefits were directly linked to being a part of the party. If you were a member of the party, your life would improve a little. If not, you would get nothing at all,” Ghosh said.

This made local party functionaries extremely powerful. Local level leaders of the CPM were often the last word at the district level. And it was during this period of utter haplessness that Maoists were able to influence people for a short period into believing that a violent resistance could be a way to liberation from the cycle of poverty and exploitation. However, Ghosh noted, “Like the Naxal uprising of the 1970s, it soon fell into utter chaos. At local levels, people started joining Maoists to settle personal scores. Some people took up arms in an area to feel powerful and the whole thing became a disaster,” he says.

He added, “The TMC’s ascent to power started another cycle of partisan benefits. More recently, the BJP has started projecting itself as a viable alternative which can provide prosperity. It is only natural that many people from marginalised sections of society will move to the saffron party in order to continue the cycle of benefits for themselves.”

Rajiv Goenka, a human rights activist who runs a stationery store in Jhargram, said, “It is pointless to look for textbook ideology in these switches.”

The Left practically collapsed after it lost in 2011. And many who benefited from the CPM’s 34-year long single-party rule were looking for an option. “Some of them joined the TMC, but they never got the position of respect there. This meant that if, say, they had a small business, it never did as well as in the Left era. The BJP is now a new opportunity for them,” he says.

For the BJP, the doors are currently open to all, says BJP leader Sukhamay Satpathy, who is the party’s candidate from the Jhargram Assembly seat.

“If people are identifying a good way to do politics, why should there be a problem? We ourselves explain to them that before learning about Lenin and Stalin they need to learn about our local heroes. They happily say Bharat Mata Ki Jai and Vande Mataram,” he says.

But not everyone has been able to deal with this ideological dilemma. Binay Mandal (name changed) who works as a cook in a Jhargram restaurant had campaigned for the BJP in this Assembly election after he switched from the Left two years ago. But on the day of polls he ended up voting for the Left candidate. “I realised my heart is still with the Left,” he says.