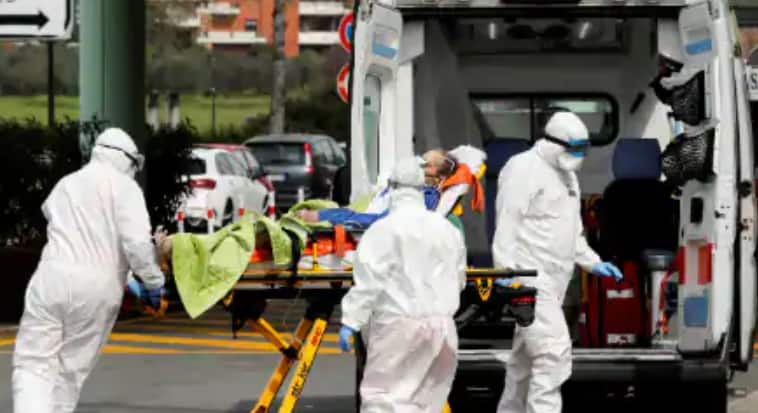 Mumbai: Maharashtra Health Minister Rajesh Tope on Thursday (April 22) said the state government is even willing to touch the Centre’s feet if it helps in getting the required supply of the life-saving gas. The state is currently facing a severe shortage of medical oxygen amid the spike in COVID-19 cases.

Amid this ongoing crisis, Maharashtra reported a record number of Covid deaths with its overall toll racing past the 62,000-mark, according to the state health department data today. The state`s fatalities remained at the peak of 568 notched on April 21, as the overall toll shot past the 62,000-mark to 62,479, the worst in the country, said an IANS report.

Speaking to reporters, Health Minister said, “The state government is willing to do everything to save the lives of people. We are making an extremely polite request…Even ready to touch the Centre’s feet to get the required quantity of the liquid medical oxygen.”

“The rights of oxygen distribution among the states is in the hands of the Union government. They should exercise their rights and ensure that Maharashtra gets more oxygen,” Tope is quoted by PTI as saying.

He said the Centre should ensure that oxygen-carrying tankers get a green corridor so that they can reach quickly, adding “I am making this request to the Centre again and again.”

Notably, Maharashtra is the worst-hit state in terms of COVID- 19 cases and deaths. The situation in Mumbai improved a bit with a drop in new infections from 7,654 on Wednesday to 7,367 on Thursday, taking the city`s Covid tally to 609,080 till date, 18 days after it reported the highest daily spike of 11,206 cases on April 4, IANS report said.

Mumbai`s deaths continued to increase from 62 on Wednesday to 75 on Thursday, taking its overall death toll to 12,583, the highest for a single city in the country.

On a brighter note, a total of 62,298 fully cured persons reportedly returned home on Thursday, taking the total number recoveries to 33,30,737, with the recovery improving slightly from 81.15 per cent on Wednesday to 81.34 per cent now.

The death rate again dropped from 1.54 per cent a day earlier to 1.53 per cent now, while the number of active cases increased to 699,858 on Thursday, the report said.

Until now, RINL on an average was supplying 100 tonnes oxygen daily to Andhra Pradesh and adjoining states. In the last one week, RINL has supplied about 800 tonnes oxygen, a company spokesperson told PTI, adding “we can support till 100-150 tonne per day depending on demand.”