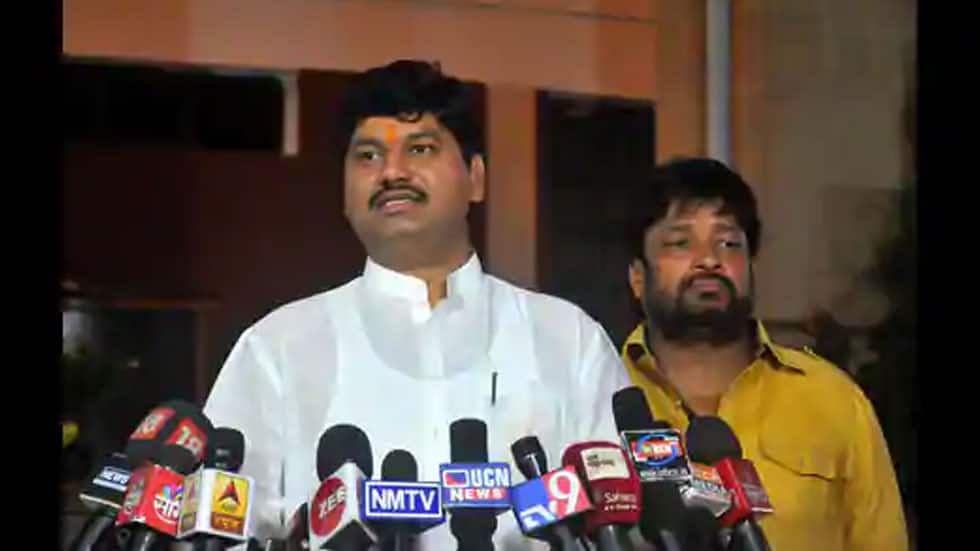 MUMBAI: Maharashtra’s Social Justice Minister Dhananjay Munde, who has been accused of rape by a woman, has categorically rejected the allegation and called it an ”attempt to blackmail and extort money” from him.

The NCP leader denied the allegations, claiming he is being blackmailed by the complainant and her sister. Munde, however, said that he had been in a relationship with the complainant’s sister and sired two children.

Meanwhile, Maharashtra BJP leader Kirit Somaiya has demanded the ouster of Dhananjay Munde from the Uddhav Thackeray-led MVA government at the earliest.

“Having Relationship with 3 Women, Minister Dhananjay Munde must stay out from Maharashtra Cabinet till He gets Clean,” the BJP leader alleged in a tweet.

Having Relationship with 3 Women, Minister Dhananjay Munde must stay out from Maharashtra Cabinet till He gets Clean

The minister’s clarification came after a woman filed a police complaint against him and accused him of raping her. She also claimed that the Mumbai Police ignored her complaint because of pressure from the minister.

The 37-year-old woman, an aspiring singer, said she had written to the Mumbai Police Commissioner on January 10, stating that Munde repeatedly raped her in 2006.

She also claimed that she approached Oshiwara police here earlier but her complaint was not accepted. Reacting to it, Munde (45) said the woman’s claims were part of a conspiracy to blackmail him.

In a statement issued on Tuesday, Munde said his wife, family and friends were aware of this relationship, adding the two kids have been accepted by his family.

He said the woman with whom he was in a relationship had been blackmailing him since 2019 and he had filed a police complaint and also moved the Bombay High Court seeking a stay on the distribution of defamatory content against him.