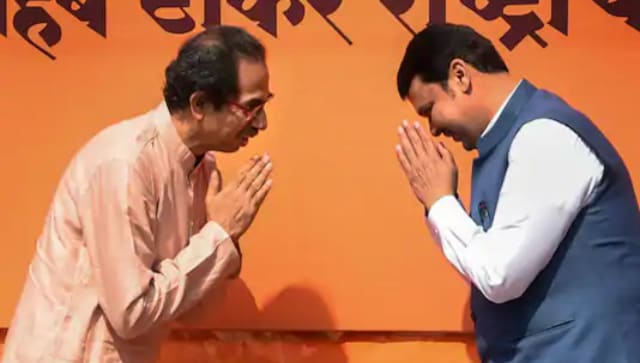 The Maharashtra panchayat polls, the results for which will become clear on Monday, constitute a crucial test for both the Bharatiya Janata Party (BJP) and the ruling Maha Vikas Aghadi, which is now close to completing 15 months in power in the state.

The election results will also be a indication of how rural voters in Maharashtra view the Centre’s contentious new farm laws, which have sparked off large-scale protests across the country.

Panchayat elections are not officially held on party lines, using party symbols. Candidates are allotted election symbols from a list of free symbols. However, most candidates are backed by various political parties.

Here is an overview of what the panchayat poll results would mean for the Maha Vikas Aghadi and the BJP.

The gram panchayat polls were held more than a month after the ruling MVA’s victory in the graduates’ and teachers’ constituencies in the Legislative Council elections that took place late last year.

The MVA, which consists of the Shiv Sena, NCP and Congress, had won four out of six seats on offer, while two others were bagged by an Independent and the Opposition BJP.

In this backdrop, the Maha Vikas Aghadi would hope to continue its winning streak and consolidate its position in the state.

Also, this is the first time that the Shiv Sena-NCP-Congress alliance will face a grassroots electoral challenge together.

The panchayat poll results will also be an indication of whether the constituent parties of the Maha Vikas Aghadi have been able to overcome their differences to work together, as they did during the Legislative Council polls. Despite the outward bonhomie, several sticking points remain among the three parties. Most recently, differences have emerged over whether the city of Aurangabad should be renamed as Sambhajinagar, a long-standing demand of the Shiv Sena. The Sena, in an editorial in its mouthpiece Saamana, recently termed the Congress a ‘weak and ineffective’ Opposition, and heaped praise on NCP supremo Sharad Pawar.

Such differences are especially dangerous for the alliance as they come when the three parties should be preparing for the crucial Brihanmumbai Municipal Election slated for 2022. The BJP would be looking to wrest the country’s richest civic body from the Shiv Sena, which has controlled it since 1985.

For the BJP, a successful show in the gram panchayat polls would be a significant indication of strength, as it would come against the combined might of the Shiv Sena, NCP and Congress.

If the saffron party does well, it would also view it as a validation of the Centre’s three new farm laws. Many parts of Maharashtra had observed the Bharat Bandh called on the issue on 8 December, 2020. On that day, Agriculture Produce Market Committees (APMCs) had remained closed in many parts of the state, and wholesale markets in major cities like Pune, Nashik, Nagpur and Aurangabad had also remained shut.

In this backdrop, a win for the BJP would lend credence to its stand that the majority of farmers are not protesting the new laws, but stand in support of them. It is little surprise then, that the BJP sought to underline the importance of the laws ahead of the panchayat polls. At an internal meeting, the party leadership urged its cadres in rural belts to aggressively convey the message of ‘agricultural reforms’ with the central theme of farmers’ welfare, according to a report in The Indian Express.

With several municipal corporation elections slated in 2021-2022, the BJP would be keen to bounce back in the key state of Maharashtra. A good performance would also validate its stand that the Maha Vikas Aghadi government in the state lacks the popular mandate, as the Shiv Sena parted ways with the BJP after fighting the Assembly polls together.