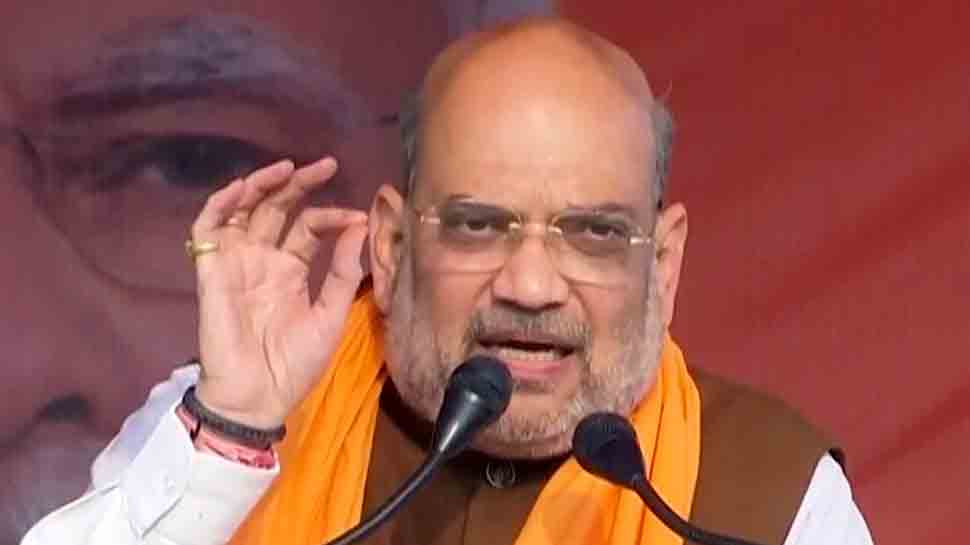 NEW DELHI: Union Home Minister Amit Shah on Monday (April 12) alleged that it was West Bengal Chief Minister Mamata Banerjee who instigated people to snatch away the guns from the Central Reserve Police Force (CRPF), which led to firing in Cooch Behar on Saturday (April 10) that resulted in the death of four people.

Addressing a public meeting in the Dhupguri, Amit Shah said, “The fourth phase polls were held in North Bengal. Didi instigated people and told them to gherao CRPF and loot them. People listened to her, weapons were snatched, bullets were fired and four people died. Didi had you not instigated them they would not have died.”

“A fifth person also died. A youth, Anand Burman had gone to cast his vote but TMC goons shot him dead. Didi is speaking about the four but nothing on Anand Burman. Why? It’s because he belonged to Rajbongshi community that is not a part of her vote bank,” he added.

“If you listen to Didi’s speeches you will find that she talks more about me than she talks about Bengal. Now it is being said ‘Amit Shah resign’. I will resign the day people of Bengal ask me to. But you be ready with your resignation on May 2,” he further said, adding that ‘BJP will form govt in Bengal will absolute majority’.

‘NRC will have no impact on Gorkhas’

Seeking to allay fears created among the people of the hills by Trinamool Congress’s ‘lies’, Amit Shah asserted that the National Register of Citizens (NRC) will have no impact on the Gorkhas. He added that as long as the Narendra Modi-led BJP government is there at the Centre, no Gorkha will be harmed.

“NRC has not yet been implemented, but whenever it is done, not a single Gorkha will be asked to leave. The Trinamool Congress is lying about the possible fallout of NRC on the Gorkhas in order to create fear among them,” he said.

‘Mamata govt behind deaths of many Gorkhas’

The Home Minister alleged that the Mamata Banerjee-led government in Bengal has also been responsible for deaths of many Gorkhas in recent times. “We will form an SIT and send those responsible for the wrongdoings behind bars,” Shah said amid chants of ‘Jai Shri Ram’ and ‘Jai Gorkha’. Darjeeling and its adjoining areas were rocked by movements and protests, which at times turned violent, in favour of a separate Gorkhaland in 1986 and in 2017.

Violence erupted at a polling booth in Cooch Behar during the fourth round of polling on Saturday. The ruling TMC alleged that Central Forces opened fire twice at polling booths in Cooch Behar where people were casting their votes. Official sources in Cooch Behar had earlier confirmed the death of four people in firing. Amit Shah is also scheduled to conduct a roadshow in Siliguri on Monday (April 12).