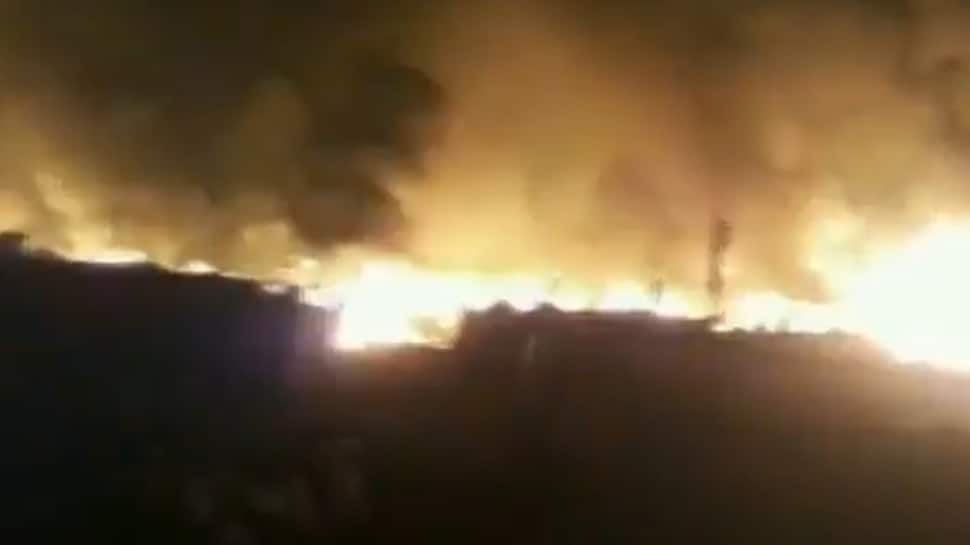 Ghaziabad: A massive fire has broken out at a slum in Ghaziabad’s Sikandarpur Tila Mor area on Tuesday (November 3, 2020) evening. As per the latest reports, several fire brigade teams have been deployed at the spot that have been trying to bring the fire under control.

The fire was initially reported in a junk warehouse following which it slowly spread to the slums.

As many as 10 fire engines have been trying to bring the fire under control and fire tenders have also been called from Noida.

No loss of life was reported when the last reports came in.

#WATCH: A fire has broken out at a slum area in Ghaziabad. 15 fire tenders at the spot. Firefighting operation underway. pic.twitter.com/rUZT552HuM

This is a developing story. More details are awaited.

COVID-19 vaccine to be administered only if it doesn’t have side effects: Telangana CM K Chandrashekhar Rao