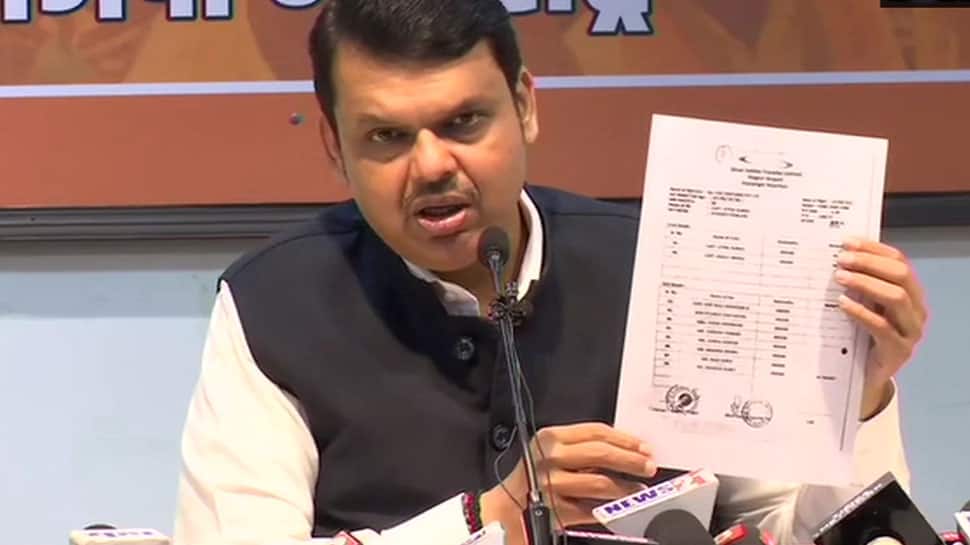 Refuting Pawar`s statements on Monday that Deshmukh was in-home quarantine in Nagpur during the relevant dates mentioned in the letter by former Mumbai Commissioner of Police Param Bir Singh, Fadnavis exhibited a flight manifesto, police VIP movements records and other papers and declared that Deshmukh was actually in Mumbai and not in quarantine.

“This is an attempt to protect Deshmukh. Pawar Saheb is not being briefed properly and hence not speaking the truth. They are getting exposed in the process,” Fadnavis claimed, addressing a press conference on Tuesday.

The BJP leader further announced that he would be meeting the Union Home Secretary to provide full details of the `letter-bomb` and related issues and request a probe by the Central Bureau of Investigation (CBI) as very big names are involved.

“CMP of Maharashtra government is not Common Minimum Programme, but it is Collecting Money through Police,” Javadekar said in a tweet.

The allegations made by Singh had come a day after Deshmukh had said that Singh was moved out as Mumbai Police Commissioner so that cases pertaining to Waze were probed without obstruction.

Addressing media in the national capital, Pawar said, “If you see the former Commissioner`s (Param Bir Singh) letter, he mentions that in mid-February, he was informed by certain officers that they got such and such instructions from the Home Minister. From 5th-15th February, Deshmukh was admitted in the hospital because of coronavirus.”

Pawar also displayed a hospital slip which indicated that Deshmukh was in the hospital till February 15.

The NCP chief said, “So it`s clear Deshmukh was in Nagpur. CP is saying he was briefed the same day by the home minister. The second week of March, Parambir got the information he says. Why was he waiting the whole month to expose it? Yesterday I also suggested some senior officer should probe the case. I think it is clear who murdered (Mansukh) Hiran. In the investigation, it will be clear why they did this.”