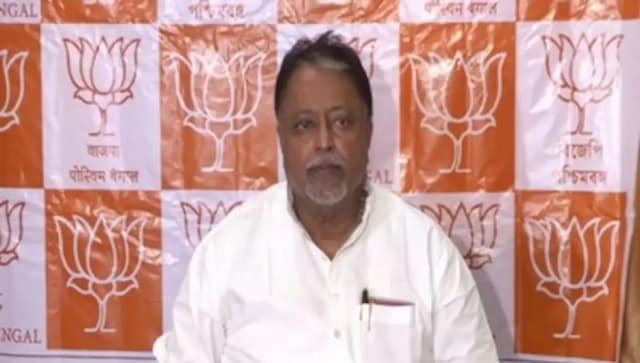 Several BJP leaders downplayed the impact of Mukul Roy’s return to TMC, with Dilip Ghosh saying Roy himself wasn’t sure whether the BJP ‘gained anything’

The BJP leadership in West Bengal downplayed senior leader Mukul Roy’s exit from the party and his return to the Mamta Banerjee-led Trinamool Congress, even as some raised concerns over “lobby politics” within the party.

Speaking to reporters, BJP leader Dilip Ghosh said that he was not sure if the BJP would lose anything from Roy’s decision, given that he was “unsure whether we gained anything” from his entry three-and-half years back.

BJP state unit vice president Joyprakash Majumder, on his part, extended his best wishes to Roy and said that he should immediately quit all saffron party posts.

“Mukul babu is a veteran leader, he is a known face in Bengal politics. We wish him the best in his new innings but shouldn’t he forthwith quit from the primary membership and all other posts of the BJP? Should he not resign as the MLA as he had won a seat on the Lotus (BJP) symbol,” Majumder said.

Roy, who held the post of national vice president in the saffron camp, along with son Shubranshu, was welcomed back to the TMC by party supremo and Chief Minister Mamata Banerjee and other senior leaders. He had joined the BJP back in 2017.

Taking a dig at Roy’s claims that not many leaders would be able to stay put for long in the BJP, Majumdar said,

“We wonder if he was referring to TMC’s new politics of wiping out members of its main political rival. At least 18,000 ‘karya kartas‘ (workers) of the BJP were forced to leave homes due to TMC terror. Tribal women in the Malda district have become homeless. There have been other instances of attacks on women, which is unparalleled in India. These incidents in West Bengal are not coming to light. The intellectuals, perhaps, have run out of money to buy candles to take out protest rallies,” Majumdar alleged.

“Opportunists in politics do this. There was a rift between Abhishek Banerjee and him, he then joined the BJP. He’ll keep coming and going. He won an election for the first time, that too on BJP symbol. He should’ve resigned before going.”

The Barrackpore MP also said that Roy was never a public leader.

“In West Bengal, politics can’t be done from AC room. His time in politics is up. Nobody trusts him. Everybody knew that he provides internal information of the BJP to TMC. If rivals get to know your planning, it causes you loss,” he added.

Khagen Murmu, another BJP MP from Bengal, said that Roy jumping ship to the TMC fold will not affect the saffron party.

“Mukul Roy had left TMC and joined BJP before me. He played a good role in our party’s organisational work with proper respect. Today, I got to know that he returned to TMC. It’s totally his matter, he can speak about it. But it will never impact our party,” said Murmu.

Mukul Roy was made national vice president. He didn’t refuse it. Even when he was offered to contest from Krishnanagar north on BJP ticket for this election, he didn’t refuse. I don’t know, maybe tomorrow he’ll say that he’s not feeling good in TMC: WB BJP gen secy Sayantan Basu pic.twitter.com/E7NA7a1lZS

Hours before Roy made his re-entry or ghar wapsi into the Trinamool Congress, former MP Anupam Hazra claimed that “lobby politics at play is adversely affecting the party”.

Taking to Twitter, Hazra said that it was high time that the state unit of the BJP put an end to the practice and utilise leaders according to their merit. The former MP, who had switched over from the TMC to the BJP in 2018, however, asserted that he will continue to be a part of the saffron camp under all circumstances.

“Too much importance has been accorded to one or two leaders while ignoring and humiliating the rest. That has led to the present sad situation. There is also no trace of the royal passengers who had taken a chartered flight,” the academic-turned politician, who had unsuccessfully contested the Lok Sabha polls in 2019, said.

He further said, “Please don’t give me the tag of a disgruntled leader for this post. I am with the BJP and will remain in the BJP. But the dirty lobby politics should come to an end. This is all I want.”

A section of state BJP leaders are of the view that Roy and other senior leaders, including Sabyasachi Dutta, were not accorded due importance by the saffron party top brass during the Assembly elections, and only a handful of leaders, such as Suvendu Adhikari and actor-turned-politician Mithun Chakraborty were given all responsibilities.

Hazra hinted that he too was not made a part of important discussions at the party. “Hoping to get an invite to state unit meetings of the BJP as per protocol,” he said.

Following Roy’s exit from the BJP, Congress leader Abhishek Manu Singhvi sought to know if the Central agencies will change their stand in the Narada investigation.

Mukul Roy & son to rejoin TMC today as per some news. Wonder whether the central bodies will change their stand in the Narda investigation.