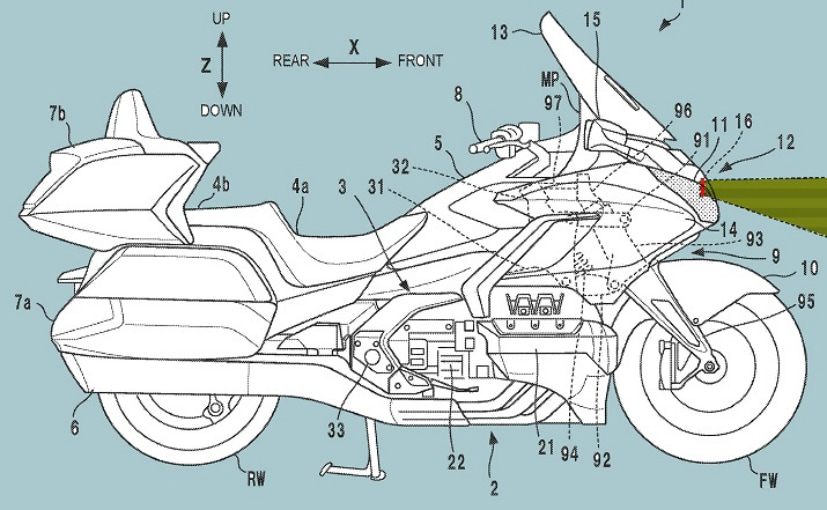 Honda may use the same radar-based system developed by Bosch which has been used by BMW and Ducati, soon to be followed by Kawasaki and KTM.

Latest patent applications show that Honda may be looking to introduce radar-assisted sensor technology on a future Gold Wing. The idea is not entirely new, with BMW and Ducati already announcing 2021 models with radar-assisted cruise control. The Ducati Multistrada V4 will be the first production motorcycle in the world to be equipped with front and rear radar, and even BMW Motorrad has announced the 2021 BMW R 1250 RT with radar-powered adaptive cruiser control. KTM and Kawasaki are also set to introduce radar-powered systems, possibly the same Bosch radar system with their individual software and user interface. 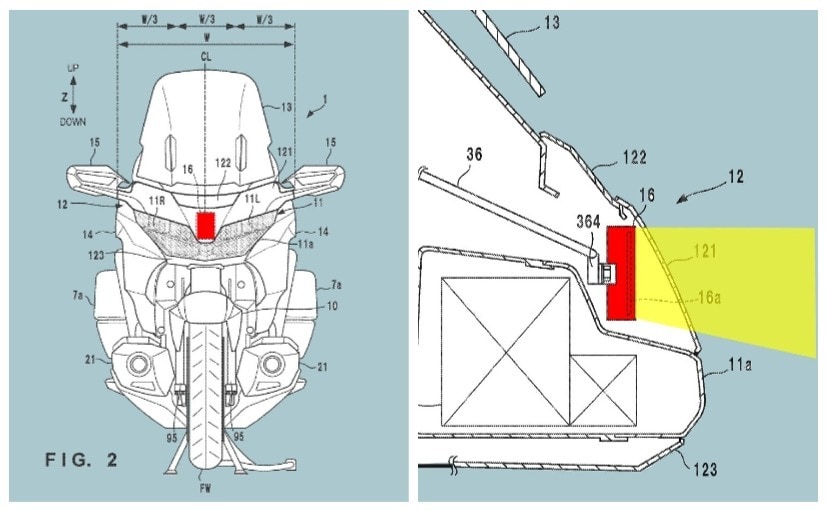 The patent application seems to focus on where to mount the radar sensors, rather than explain the technology

Honda’s patent images don’t actually talk about the technology, but more specifically about where the radar will be mounted on the Gold Wing’s body. So, that’s a clear indication that Honda is serious about using this technology in a future Gold Wing. In fact, the patent filings show images which seem to be trying to address an issue, which every manufacturer is facing; that of concealing the radar sensor on the bike.

Where Honda has chosen to mount the radar sensor is interesting, because the sensor needs a surface which is flat and smooth, as to not interrupt the radar waves. And the section between the Gold Wing’s headlights seem to have provided a solution to mounting the radar sensor. If Honda is using the same Bosch system as is being used by other manufacturers, hopefully it won’t take long for it to be made available on the Gold Wing, possibly as early as a 2022 model, to be unveiled in the second half of 2021.