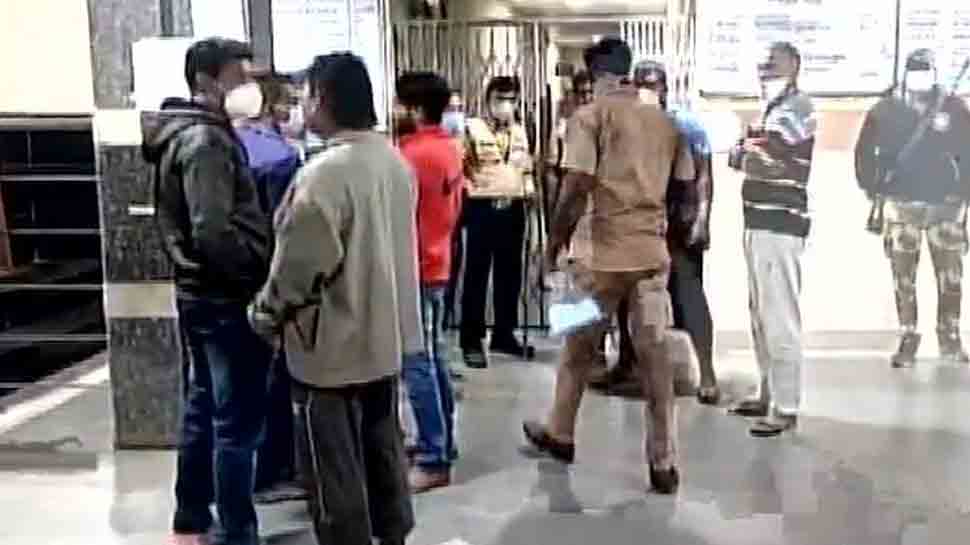 BHANDARA: At least 10 children died after a massive fire broke out at a Sick Newborn Care Unit (SNCU) of a hospital in Bhandara district of Maharashtra. According to reports, the fire broke out at around 2 am in the wee hours of Saturday (January 9). Among the total of 17 children present in the ward at the time of the incident, seven were rescued.

A nurse on duty spotted smoke coming out from the neonatal section of the hospital and immediately alerted management officials and other staff members, who reached there within a few minutes. The fire brigade department upon receiving the information immediately reached the spot and began the rescue operation.

Fire brigade personnel rescued seven babies from the ‘inbound ward’ of the unit but could not save the 10 other babies, a doctor from the hospital told PTI. The cause of the fire in the four-storey building is not known but could have been the result of an electrical short circuit, he said.

Maharashtra CM Uddhav Thackeray spoke to Health Minister Rajesh Tope soon after learning about the incident which occurred in the child care unit in the hospital, as per a statement issued by the Chief Minister’s Office. “The Chief Minister has ordered a probe in the entire incident. He spoke to the district collector and police superintendent and asked them to probe the fire,” the statement said.

Prime Minister expressed his grief on the Bhandara hospital fire and wrote on Twitter, “Heart-wrenching tragedy in Bhandara, Maharashtra, where we have lost precious young lives.”

Union Home Minister Amit Shah too expressed his grief over the incident and tweeted, “The fire accident in Bhandara district hospital, Maharashtra is very unfortunate. I am pained beyond words. My thoughts and condolences are with bereaved families. May God give them the strength to bear this irreparable loss.”

Congress leader Rahul Gandhi expressed his condolence on the Bhandara fire mishap and appealed to the Uddhav Thackeray-led Maha Vikas Aghadi government in Maharashtra to provide assistance to victim’s families.

The unfortunate incident of fire at Bhandara District General Hospital in Maharashtra is extremely tragic.

My condolences to the families of the children who lost their lives.

I appeal to Maha Govt to provide every possible assistance to the families of the injured & deceased.