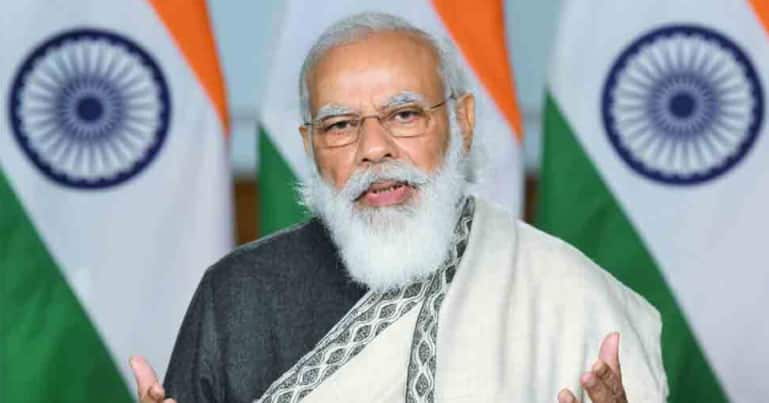 Ahmedabad: Prime Minister Narendra Modi has penned a poem singing glory of the Sun on Makar Sankranti, which says “today is the day to pay respect to the one relentless mover who travels without taking any break for the welfare of all”.

Modi tweeted the poem written in Gujarati, his mother tongue, after extending greetings to people on Makar Sankranti which was celebrated on Thursday. The poem starts by glorifying the sky.

The poem goes on to describe other avenues of the sky, including stars, and says “Those who have sky-high dreams can achieve higher goals, while those who have low-level dreams are like stones and pebbles who face a lot of problems”.

The poem, among all the factors of the sky, then singles out the Sun for high praise. It says “the Sun walks on the path of austerity, it travels relentlessly, without any break with a hope of doing good to others.”

“Today is the day to offer tarpan (water) to the Sun, I bow down to the Sun,” it further says.

Modi has penned many poems in the Gujarati language and released a book of poems also. Makar Sankranti is marked with enthusiasm in several parts of India. This auspicious festival illustrates India’s diversity and the vibrancy of our traditions.

“It also reaffirms the importance of respecting Mother Nature, Modi tweeted. He greeted people in various languages on Twitter as this harvest festival is celebrated in different ways and names in the country.

Makar Sankranti marks the end of the winter solstice month and the beginning of longer days. It is known by various names in different parts of the country like Pongal, Magh Bihu, and Poush Sankranti.