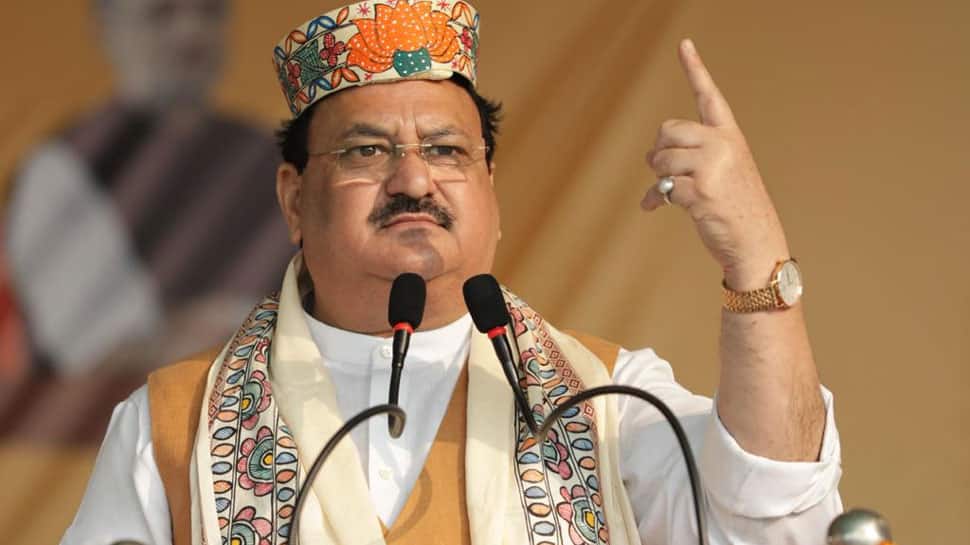 Darbhanga: BJP president JP Nadda assailed the opposition Mahagathbandhan on Thursday, saying the ongoing election in the state is a contest between those who work for the development and those who took the state towards “destruction”.

Addressing an election rally here on the last of the campaign, he attacked Congress leader Rahul Gandhi, alleging that he never realises when he starts opposing India’s national interest in his quest for criticising Prime Minister Narendra Modi.

Flaying the Mahagathbandhan, he said the RJD and the Congress have joined hands with the CPI(ML), whose very thought is “destructive”. He also alleged that the RJD spread anarchy in the state during its 15-year rule and it should apologise to the people of Bihar.

Nadda said PM Modi has “given such a mantra of development” that even the Mahagathbandhan is “forced” to talk about development. “Otherwise these are the people who would take Bihar toward destruction,” he alleged.

He also mocked RJD leader Tejashwi Yadav’s promise of giving 10 lakh government jobs, saying he should first talk about the “25 lakh” people who were forced to migrate out of Bihar in the regime of his father — Lalu Prasad.

“Modi-ji has taken Bihar from the lantern era to LED era,” he said. Lantern is the poll symbol of the RJD.

Nadda also talked about the local agricultural produces and the famous Mithila paintings. “Eighty per cent of the country’s makhana comes from Bihar and out of that, 90 per cent from just six districts of Mithilanchal. We will set a factory here and brand it. Mithila will not ask for jobs after that, it will give jobs,” he said.

He also reiterated that the Modi government at the Centre has given more money to Bihar than the Rs 1.25 lakh crore he had promised during the 2015 polls.