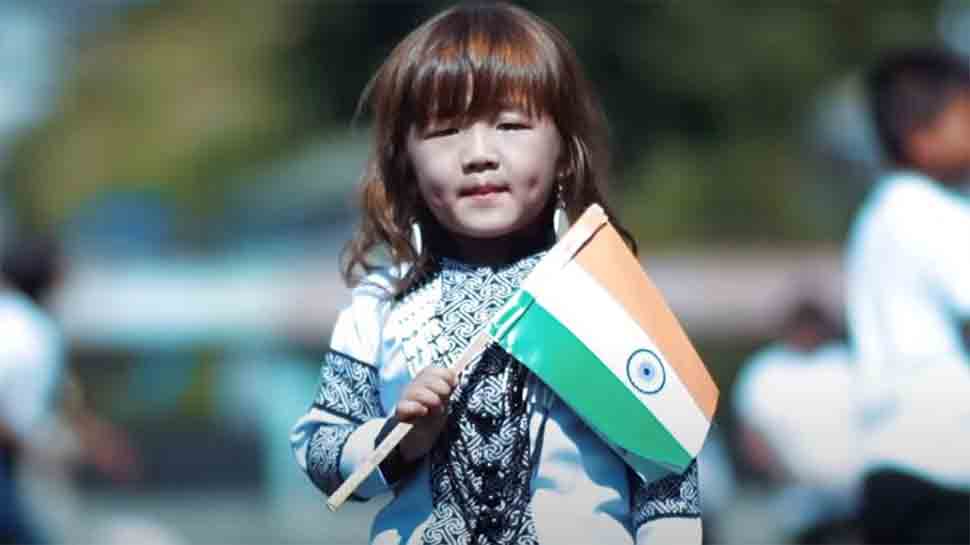 NEW DELHI: Prime Minister Narendra Modi on Saturday termed as ‘adorable and admirable’ a four-year-old girl’s rendition of Vande Mataram which has caught the attention of scores of netizens.

Tagging Mizoram’s Chief Minister’s tweet and the video of the girl’s rendition of Vande Mataram, Prime Minister Modi tweeted, “Adorable and admirable! Proud of Esther Hnamte for this rendition.”

Adorable and admirable! Proud of Esther Hnamte for this rendition. https://t.co/wQjiK3NOY0

Esther hails from Lunglei in southern Mizoram and warbled Vande Mataram in an attractive video clip. Oscar award-winning renowned Indian musician AR Rahman, who had rendered the popular version of Bankim Chandra Chattopadhyay’s Vande Mataram also praised Esther and tweeted her video with the caption, “When you are showered with cuteness and love. Esther (4 years).”

Her video went viral on social media with the full clip available of her performance on YouTube with the caption, “Dear brothers and sisters, Be proud that you are an Indian, it is a land of love, care and affection. So lovely the variety in languages, cultures, lifestyle. Let us stand together to be good sons and daughters for our motherland inspite of the diversities…”

Her YouTube channel has over 78,000 subscribers and until Sunday afternoon attracted 614,763 viewers after the video was uploaded on October 25.

Incorporating traditional Mizo dances, Hnamte’s video has quite a few professional shots taken in different locations of the mountainous state in the northeast region.

Shots of picturesque hills, forest, fields and roads have been taken by drone camera. In the 3.54 minute video, Hnamte in a white shirt and black skirt, with a ribbon pinned to the collar and holding an Indian national flag, carries the song written in pre-Independence era with all grace.