Rahul Gandhi while addressing farmers at Rajasthan’s Rupangarha also said that 40 per cent people of the country are stakeholders in the farming business.

He said, “It is the business of 40 per cent people, which includes farmers, small and medium businessmen, traders and labourers. Narendra Modi wants to give this entire business to his two friends. This is the objective of farm laws.”

The former Congress president added, “Narendra Modi said he is giving options but the options are: hunger, unemployment and suicide.” 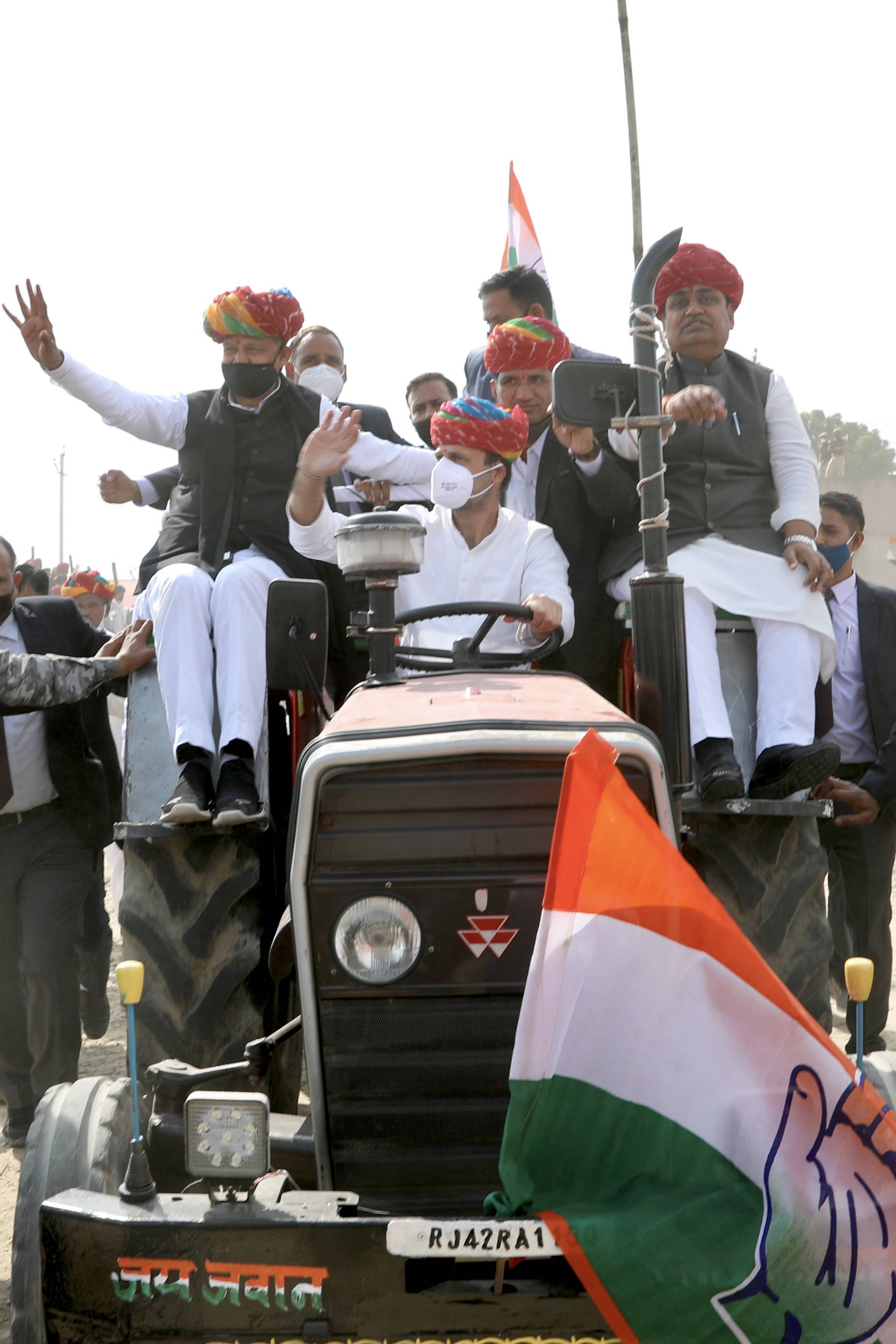 Later in another rally at Nagaur’s Makrana, Rahul Gandhi stated the backbone of the country is being broken, which started with demonetisation.

He said, “Future is being snatched from the youth. In front of your eyes, the backbone of the country is being broken. It began with demonetisation, after which the GST ‘Gabbar Singh Tax’ was brought and small businesses were hit.”

“Farmers, labourers, traders are being sidelined and the path is being cleared for two-three businessmen. During the coronavirus lockdown, labourers requested the prime minister to give them tickets to go home but he did not yield to it and waived loans of Rs 1.5 lakh crore of the rich,” the Congress leader added.

He also commented on the three new farm laws and said, “The first law is about finishing the mandi system, the second is about allowing unlimited hoarding and the third is about snatching the rights of farmers to go to courts.”