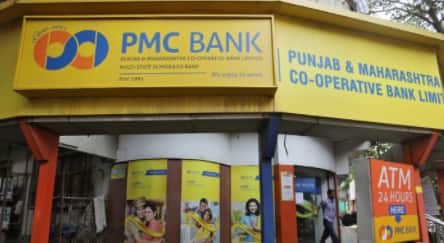 New Delhi: The ED on Friday said it has attached assets worth Rs 72 crore of a Maharashtra-based man whose wife’s alleged transaction with Shiv Sena leader Sanjay Raut’s spouse is under its scanner in the over Rs 4,300 crore PMC Bank money laundering case.

The central probe agency alleged that the man, Pravin Raut, had “siphoned off” Rs 95 crore worth of funds from the scam-hit bank in the garb of loan, out of which he paid Rs 1.6 crore to his wife, Madhuri Raut, who subsequently transferred Rs 55 lakh in two tranches to Varsha Raut, wife of Sanjay Raut, as an “interest-free loan.”

The ED recently summoned Varsha Raut for questioning with regard to this transaction and a few other deals leading to a political blame game between Maharashtra and the Centre with various constituents of the Maha Vikas Aghadi (MVA) led state government alleging that the Centre was using federal probe agencies to harass them.

Varsha Raut skipped the agency’s notice thrice and is now expected to join probe before the ED in Mumbai on January 5.

Sanjay Raut, while holding a press conference in Mumbai early this week, had denied any wrongdoing on the part of his wife and said they were in correspondence with the ED in connection with the case for about one-and-a-half months.

Raut, 59, is a Rajya Sabha MP and also a spokesperson of the Shiv Sena, which is in power in Maharashtra and is a former ally of the BJP. He said details regarding the Rs 55 lakh loan transaction have already been submitted to the ED during the correspondence.

The ED said it has provisionally attached Rs 72 crore worth of assets of Pravin Raut under the Prevention of Money Laundering Act (PMLA) as it explained in a statement the alleged financial links between him his wife and that of Sanjay Raut’s spouse.

“Probe revealed that Rs 95 crore has been siphoned off through HDIL by one of the accused Pravin Raut in active conspiracy and connivance with various persons. “The source of the funds were illegal availed loans/advances by HDIL from PMC Bank. There was no document or agreement in support of these payments made to Pravin Raut,” the ED alleged in a statement.

It said, “as per the ledger of HDIL, the funds were given to Pravin Raut for acquiring land in Palghar area.” The probe found, it said, that Pravin Raut “paid an amount of Rs 1.6 crore to his wife Madhuri Pravin Raut from the proceeds of crime.

Out of the said money, Madhuri Raut transferred Rs 55 lakh (Rs 50L on December 23, 2010 and Rs 5L on March 15, 2011) as an interest-free loan to Varsha Raut who is the wife of Sanjay Raut”. “The amount was further utilised for purchase of flat in Dadar East, Mumbai,” the ED claimed.

The probe found that Varsha Sanjay Raut and Madhuri Pravin Raut “are partners in Avani Construction and Varsha Raut has received Rs 12 lakh from this entity (as overdrawn capital converted to loan) on a contribution of mere Rs 5,625.” “The loan amount of Rs 12 lakh still remains outstanding,” it said.

It took cognisance of a Mumbai Police economic offences wing FIR against them that charged them for causing “wrongful loss, prima facie to the tune of Rs 4,355 crore to PMC Bank, and corresponding gains to themselves”.
The ED has attached assets of Rakesh Kumar Wadhawan, Wadhawan family trust and others worth Rs 293 crore and had seized jewellery worth Rs 63 crore.

A chargesheet had also been filed by it in this case.