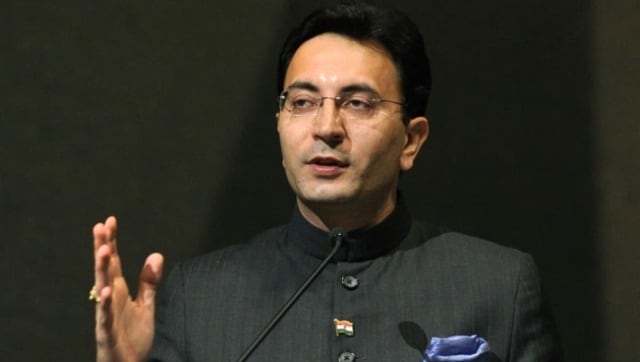 Prasada’s induction will further wear away whatever’s left of the Congress and the Gandhis in Uttar Pradesh, even if it does not yield dividends for the BJP

Uttar Pradesh is in a political churn. That’s unsurprising because the state goes to the polls in eight months and given the political weight it almost always pulls in national politics, the stakes are exceptionally high for every political player, national as well as regional, regardless of their ground presence and strength.

After all, Uttar Pradesh contributes 80 MPs to the Lok Sabha and has the country’s largest legislature with 403 elected members.

The Congress is the weakest link in a chain of national and regional parties, because entities such as the Samajwadi Party (SP), Bahujan Samaj Party (BSP) and of course, the BJP, have worn it away gradually from the inside; all that is left is a shell, a protective cover of sorts. The Congress’ depletion was evident in the 2019 Lok Sabha polls, when Rahul Gandhi, the putative president, lost Amethi, the Gandhis’ pocket borough, to the BJP and migrated southward to Kerala.

In the 2017 Assembly elections, the Congress tied up with the SP in the belief that the projection of two “youths”—Akhilesh Yadav and Rahul—was enough to swing the votes of the young from the BJP. In retrospect, the alliance was mutually unproductive: the “UP ke do ladke” slogan fell flat, didn’t stoke a single demographic group, the Congress had nothing substantive to offer and the SP battled a heavy dose of anti-incumbency. Of the 114 seats the Congress contested, it won only seven and secured a 6.25 vote percentage.

The last four years or so saw the induction of Priyanka Gandhi Vadra as an AICC general secretary who was put in charge of UP. The hopes nurtured by the UP Congress, emanating largely from the buzz that Priyanka would take up residence at Lucknow and spend at least half the month, were quickly belied. As is her wont, she dropped in now and then. Ajay Kumar Lallu, the state president she appointed, held out a modicum of promise because he is from a backward caste of eastern UP and demonstrably pro-active and aggressive—just the elements the Congress needed to wake up its moribund organisation. Typical of the Congress, Lallu got no support from the old and entrenched leaders for the protests he staged. He was out on a limb.

A Brahmin face for BJP?

One of Lallu’s principal opponents was Jitin Prasada, who was believed to be part of Rahul Gandhi’s cabal of youths. Having lost three elections serially in 2014, 2017 and 2019, Prasada gravitated towards the BJP, which has replaced the Congress as a natural habitat of the upper castes, and finally joined the party on 9 June. A Brahmin from Shahjahanpur in the Awadh region, Prasada belongs to a “pedigreed” family, an attribute that increasingly matters to the BJP.

His father Jitendra Prasad served two prime ministers: Rajiv Gandhi and PV Narasimha Rao, as an advisor. However, if a seasoned political analyst of Uttar Pradesh is asked to list the Brahmin clans that were associated with the Congress, the Prasadas will not figure. Kamlapati Tripathi, Uma Shankar Dikshit, Hemvati Nandan Bahuguna, Narayan Dutt Tiwari and, of course, Govind Ballabh Pant would feature in the roll-call. Indeed, Jitendra Prasad never made a production of his Brahmin provenance. Pramod Tiwari, who never lost his Rampur Khas seat in the Congress’ worst days, has greater credibility as a Brahmin “neta” in the present line-up.

However, Jitin took a different route and tapped into the Brahmin roots since 2020. His strategy coincided with a growing perception that under the BJP’s chief minister, Yogi Adityanath, the Brahmins were served a “raw deal” while the Rajputs, the caste to which Adityanath belonged, skimmed the cream of politics, the administration and the police. Jitin began mobilising Brahmin support, independent of the Congress, but apparently made little headway.

The BJP is bereft of a Brahmin face after veteran Kalraj Mishra was sent to a Raj Bhawan. Is Jitin the new Brahmin leader the BJP wants? Even if that was a consideration, BJP sources conceded that caste leaders are not “built overnight”.

Jitin comes in more with the Prasada family cachet and a deep-seated Congress association than as a Brahmin. In the ultimate analysis, his induction will further wear away whatever’s left of the Congress and the Gandhis in Uttar Pradesh, even if it does not yield dividends for the BJP. Remember. there are other Rahul adherents in UP who might be waiting to jump ship.

In politics, it’s useful to join the dots and draw a big picture. Are Jitin’s defection and Rakesh Tikait’s visit to Mamata Banerjee in Kolkata on Wednesday in any way linked? Tikait, the son of the legendary peasant leader Mahendra Singh Tikait and a Bharatiya Kisan Union (BKU) office-bearer, spearheaded the protests on the Delhi-UP border since last October. Although he came into the agitation that began in Punjab and Haryana a bit late, the farmers of western UP rallied around him once he took to the stump.

A political maverick, Tikait has consorted with every party including the BSP, although he was part of the intense protests against the Mayawati government against land acquisition for the Yamuna Expressway in 2011. He made peace with Mayawati by “advising” her to tweak UP’s land acquisition policy and make it farmer-friendly.

Where does the West Bengal chief minister feature in this scenario? Hark back to 2007-2008 and the land movements led by Mamata Banerjee at Nandigram and Singur. She left such a deep imprint that the struggles benchmarked every other land acquisition protest that followed thereafter.

In Uttar Pradesh, when the farmers had massed at Bhatta, Parsaul and Tappal in west UP against Mayawati’s land acquisitions without paying commensurate compensations, Mamata became an icon for the protesters. Not Rahul who met the farmers at Bhatta and Parsaul. Mamata didn’t visit these sites but a word of long-distance support was enough to cheer the peasants.

Tikait was perhaps cognisant of the background. But the fact that he travelled to Kolkata to seek Mamata’s support for the border protests in Delhi presages an interesting trend. She could emerge as a rallying figure for a broad coalition of the anti-BJP forces.

Tikait indicated he could join hands with the SP and Jayant Chaudhury’s Rashtriya Lok Dal in the Assembly elections. His Kolkata call-on is imbued with a political significance that the Gandhis and the Congress cannot ignore.

Radhika Ramaseshan is a senior journalist. She was the political editor at The Telegraph. Views expressed are personal