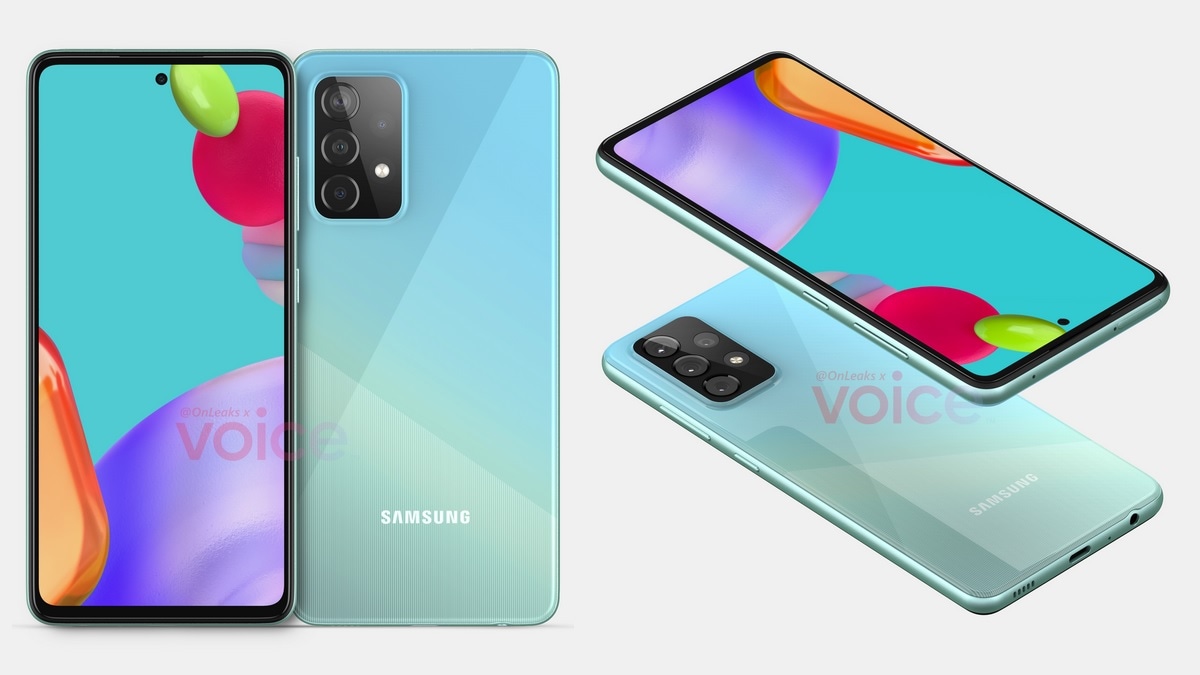 Samsung Galaxy A52 5G has received 3C network certification in China, as per a report. The listing tips that the phone will support 15W fast charging. It also indicates that the Samsung Galaxy A52 5G, which has been subjected to many leaks and rumours since last November, could launch soon. The smartphone carries the model number SM-A5260. And according to earlier reports, the phone is expected to feature a 6.5-inch display, and a quad rear camera setup.

While the 3C certification doesn’t reveal anything else about the upcoming Samsung Galaxy A52 5G, earlier leaks have revealed key specifications of the smartphone. Samsung Galaxy A52 5G leaked renders show that it seems to have the same design as the Samsung Galaxy A51. It is expected to feature a 6.5-inch display that has a hole-punch cut out for the selfie camera. According to the renders, the upcoming Samsung phone appears to have slim bezels all around. The smartphone is also expected to have a quad rear camera setup with a 64-megapixel primary sensor.

As per its purported Geekbench listing, Samsung Galaxy A52 5G may be powered by Qualcomm Snapdragon 750G SoC. It was spotted on the benchmarking website carrying the model number SM-A526B. It is likely to run on Android 11 and have 6GB RAM.

The smartphone may also come in a 4G variant, which was also recently spotted on Geekbench with the model number SM-A525F. As per the listing, the Samsung Galaxy A52 4G will be powered by a Qualcomm Snapdragon 720G SoC and may come with 8GB RAM.

Will iPhone 12 mini become the affordable iPhone we’ve been waiting for? We discussed this on Orbital, our weekly technology podcast, which you can subscribe to via Apple Podcasts, Google Podcasts, or RSS, download the episode, or just hit the play button below.