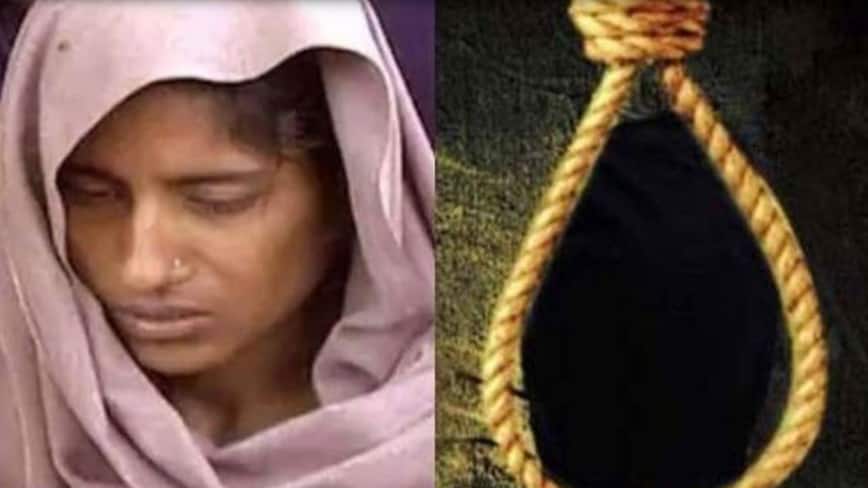 New Delhi: Shabnam, a death row convict in the Amroha murder case, has filed a fresh mercy petition before UP Governor Anandiben Patel. She had been convicted of killing seven members of her family after sedating them in April 2008.

Her mercy petition came while preparations are underway at the Mathura Jail to execute her. The Amroha woman was found guilty of murdering seven members of her family. Her minor son recently appealed to President Ram Nath Kovind for clemency.

In 2008, Shabnam along with her lover Saleem had axed to death seven of her family members on the intervening night of April 14/15. Shabnam, who lived with her family in Amroha, was in love with Saleem and wanted to get married, but her family was opposed to their marriage so the duo planned the brutal murder.

Five days after the sensational murders, she was arrested with her lover Salim on April 19, 2008. When arrested, Shabnam was seven weeks pregnant. She delivered a baby in December 2008.

She has a double MA (English and Geography) degree and taught at the village primary school, while her lover Salim is a Class VI dropout who worked at a wood sawing unit outside Shabnam’s home.

According to the investigation, Shabnam had reported abetted Saleem in the crime as she made her family members drink milk laced with sedatives before hacking them to death. She didn’t even spare her little nephew who was strangulated to death.

The District and Sessions Court had sentenced the duo to death on July 14, 2010, but the duo challenged the Sessions court’s verdict in the Allahabad High Court. The HC too upheld the death sentence.

The duo then approached the Supreme Court but the top court upheld the death sentence in 2015. Since all legal options had been exhausted, Shabnam then filed a mercy plea before then President Pranab Mukherjee which was rejected too. They also filed a review plea in the Supreme Court.

The appeal has come at a time when the death warrant for her execution at the Mathura Jail is due to be signed anytime.

Shabnam will be the first Indian woman who will be hanged to death after India’s independence. The Mathura Jail administration has already started preparations to hang this Uttar Pradesh resident who was found guilty of murdering seven members of her family.