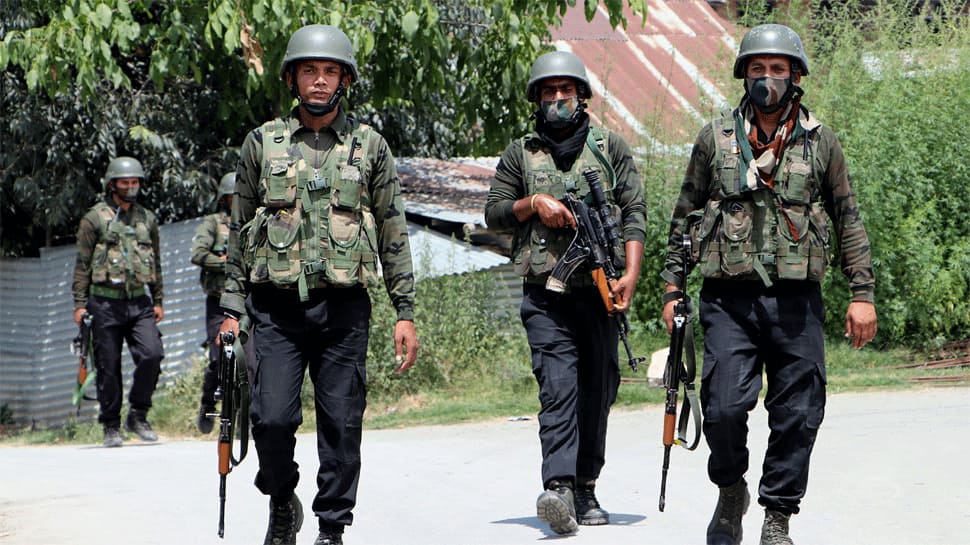 New Delhi: Security forces in a joint operation busted a terrorist hideout in the Naranag forest area on the outskirts of central Kashmir’s Ganderbal district on Wednesday (May 26) and recovered arms and ammunition from the spot.

According to reports, joint forces, including Jammu and Kashmir Police, the Indian Army and CRPF, acting on a specific input, launched a cordon and search operation in the Naranag Forest area. “During the search operation, the forces recovered two empty magazines of AK-47 rifle, a grenade and 30 rounds of an assault rifle,” a police official said.

Police in this regard registered an FIR under Section 7/25 of the Indian Arms Act 3/4 of Explosive Act at the Kangan Police Station. An investigation has been initiated into the matter.

In a similar incident earlier last week, two pistols and eleven bullets were recovered during a joint operation of Army and Jammu Kashmir police in Mahra village of Surankote in Poonch district on Tuesday, officials said.

The operation was launched jointly by the Army and the police during which arms and ammunition were found kept hidden in the area.