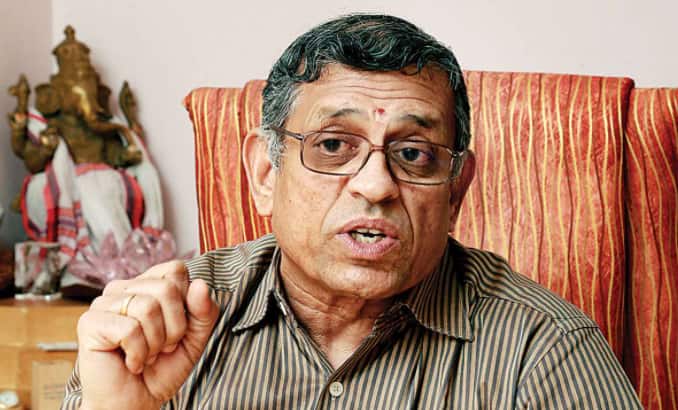 Chennai: Thugalk Editor S Gurumurthy has hinted that Sasikala, a jailed aide of former Chief Minister Jayalalithaa, would be a part of the AIADMK-BJP alliance in Tamil Nadu. He said this in the context that, when an alliance was coming together with the intention of defeating the DMK, they (AIADMK-BJP alliance) should accept all elements.

Responding to a question from one of Thuglak’s readers, Gurumurthy took an analogy that Arun Shourie is said to have shared earlier – “When your house is ablaze, you don’t wait till you get pure Ganga water, you’ll douse the flame with sewage also”. He connected this with the scenario in the upcoming Tamil Nadu assembly elections.

It is interesting that this comment comes amid growing speculation of Sasikala’s release from the Parappana Agrahara prison near Bengaluru on January 27th.

Speaking about the national political trend, he said that the Hindu religious vote bank was a product of flawed secularism and minority appeasement, adding “Why is there protection for minorities alone when the Hindu people accept all religions.”

On the political history of Tamil Nadu, Gurumurthy said that had MG Ramachandran not founded the AIADMK as a counter to the DMK, there would have been no nationalism and spirituality in Tamil Nadu. “MGR is great”, he said, holing the former Chief Minister and AIADMK founder.

“Both DMK and AIADMK are corrupt, but AIADMK accepts nationalism. DMK is a family party, AIADMK isn’t. DMK is anti-Hindu and anti-Brahmin, but AIAMDK isn’t. DMK is secessionist, plays minority politics. DMK is known for abuse of power and Rowdyism, whereas it is less in the AIADMK” he said about the upcoming Assembly elections in Tamil Nadu.

When speaking of the DMK, he took a potshot at its first family and the corruption cases against them, adding that they must be defeated and not allowed to grow.

“MK Stalin is going to the Governor to submit a petition seeking action against corruption in the State government, but he takes the 2G scam fame A Raja along with him,” Gurumurthy quipped.