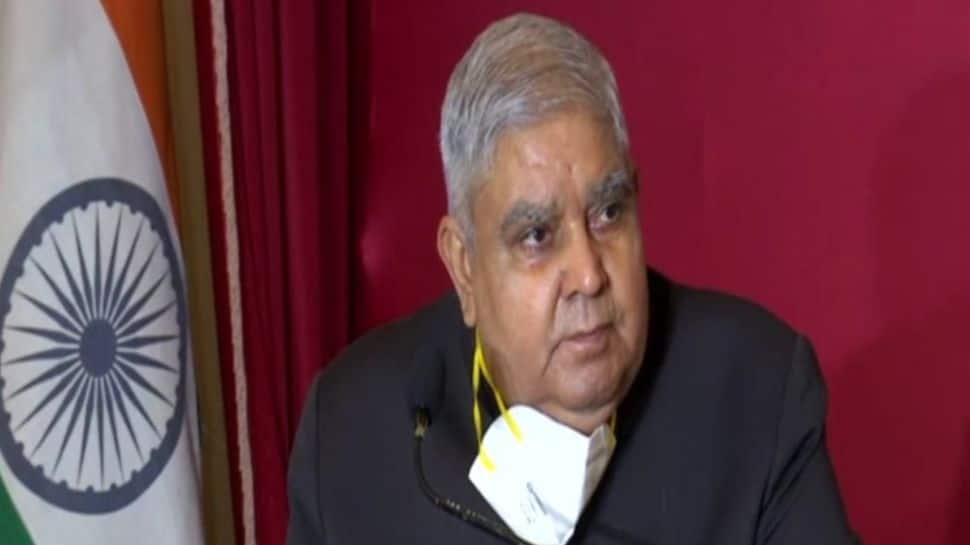 Kolkata: West Bengal Governor Jagdeep Dhankar in a press conference on Monday (May 10, 2021) said that he will visit the post poll violence affected areas in the state.

“As part of my constitutional duty, I’ve decided to visit affected parts of the State and have asked the government to make arrangements. Unfortunately their response hasn’t been very responsive. I’ll go ahead with my schedule or make arrangements for a self visit in the coming days,” said Jagdeep Dhankar, West Bengal Governor.

“Post poll, we are in a deep crisis in the State. Retributive violence, acts of arson, loot now have graduated to intimidation and extortion. This is worrisome,” added the West Bengal Governor.

Post poll, we are in a deep crisis in the State. Retributive violence, acts of arson, loot now have graduated to intimidation and extortion. This is worrisome: Jagdeep Dhankar, West Bengal Governor pic.twitter.com/I30GvZap6N

He targeted the TMC government in his address and called them to restore the credibility of their governance in the state by identifying and punishing the “culprits who have chosen to tarnish our democratic fabric”.

“If your vote becomes the cause of your death or property destruction, it signals the end of democracy,” he said.

Earlier, Jagdeep Dhankhar on Sunday (May 9, 2021) had sanctioned the prosecution of four leaders of the Trinamool Congress — all of them ministers during the time of the alleged commission of a crime that came to light in the purported Narada sting tapes.

“Honourable governor is the competent authority to accord sanction in terms of law as he happens to be the appointing authority for such ministers in terms of Article 164 of the Constitution,” a statement issued by the officer of Raj Bhavan read.