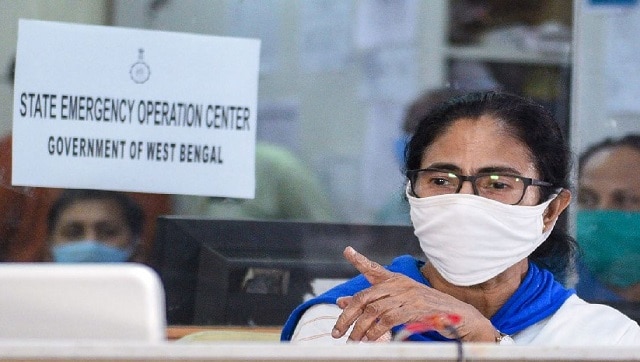 Talking about the recent defections from the TMC, the West Bengal chief minister said the saffron camp ‘may have bought a few MLAs, but it can never buy’ her party

Bolpur: Iterating that the BJP is a “party of outsiders”, West Bengal chief minister Mamata Banerjee on Tuesday asserted that the land of Nobel Laureate Rabindranath Tagore will never allow hate politics to triumph over secularism.

Banerjee, during a rally in Bolpur, branded Visva- Bharati vice-chancellor Bidyut Chakrabarty as a “BJP man”, and said that he plans to destroy the rich heritage of the hallowed institution by “importing divisive and communal politics inside its campus”.

“Those who don’t respect Mahatma Gandhi and other icons of the country are talking of building ”Sonar Bangla” (Golden Bengal). Rabindranath Tagore has already created ”Sonar Bangla” several decades ago, all we need to do is to protect the place from the communal onslaught of the BJP,” Banerjee said during her address, following a four-kilometre roadshow here.

Hitting out at Visva-Bharati VC, the feisty TMC boss said “attempts to destroy Tagore’s cultural abode have to be resisted with all might”.

“I feel bad when I see efforts are on to pursue communal politics at Visva-Bharati. The VC there is a BJP man, he is trying to tarnish the heritage of this institution by practising communal politics,” the chief minister claimed.

Talking about the recent defections from the TMC, Banerjee said saffron camp may have bought a few MLAs, but it can never buy her party.

Assam Assembly polls to be over before 4 May, people excluded in NRC list can vote, says Election Commission – Politics News , Firstpost