The BJP high command, with one eye on the upcoming 2023 Assembly polls in the state, has shortlisted a few notable names as possible replacements as chief minister 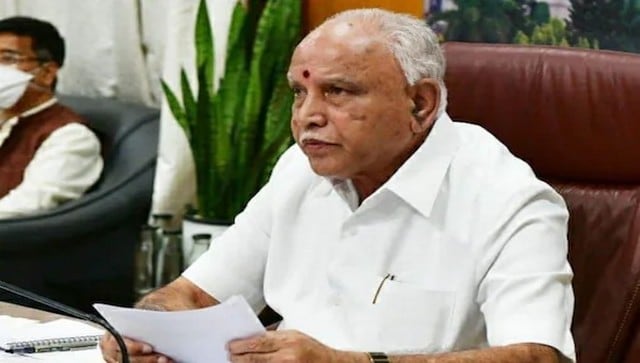 While it is far too early to write a political obituary for BS Yediyurappa, news of his resignation as Karnataka chief minister already has the political sphere buzzing.

The BJP high command, with one eye on the upcoming 2023 Assembly polls in the state, has shortlisted a few notable names as possible replacements as chief minister for the BJP’s “comeback man” in Karnataka and the face of the party in the state for decades.

A three-time BJP MLA, Karnataka Mines and Geology Minister Murugesh R Nirani is an industrialist who owns the MRN Group, which runs sugar mills. Nirani, who hails from the Lingayat community like Yediyurappa, has denied lobbying to replace the outgoing chief minister, but said he will abide by any decision taken by the BJP central leadership. Nirani, who visited Delhi about a fortnight ago and termed his visit “successful”, had reiterated his support for Yediyurappa.

Nirani’s visit to Kashi Vishwanath temple in Varanasi triggered speculation that he went to seek blessings before assuming the new role, but the minister sought to downplay it. Asking people not to draw any inferences from his Varanasi visit, he said he has the habit of visiting temples since childhood and goes there once in a month or two.

Pralhad Joshi, the Union Minister for Coal, Mines and Parliamentary Affairs, is another big name under consideration from the top brass. The 58-year-old. seen as a close associate of Prime Minister Narendra Modi, has been the Dharwad MP since 2004 and previously served as the BJP’s state unit chief from July 2012 to January 2016. Asked what if he is made the chief minister, Joshi chose to play it coy. “I never answer hypothetical questions with ”ifs” and ”buts”.. I don’t want to answer such questions,” he added. “There is no high command in the BJP but national leadership. We got different leadership from time to time. There was Rajnath Singh, after which Nitin Gadkari came, who was succeeded by Amit Shah and now J P Nadda is there. In the present situation, we have supreme leaders in Prime Minister Narendra Modi and Home Minister Amit Shah. They will decide,” Joshi said.

The BJP national general secretary (organisation) BL Santhosh is an RSS ”pracharak” with experience of electoral politics, especially in Karnataka. He is considered a strong ideologue who is also well-versed with poll dynamics. Santhosh was the party’s general secretary (organisation) for eight years in Karnataka before he was made a national office bearer in charge of southern states in 2014. Santhosh belongs to the Brahmin community, which comprises around two percent of Karnataka’s population.

As per sources, Yediyurappa himself has been pitching for the 61-year-old Basavaraj Bommai. The Karnataka home minister has emerged as a possible consensus candidate due to his caste, education and administrative capabilities and proximity to both the outgoing chief minister and central leadership and the RSS, as per New Indian Express. Bommai in May had met Union home minister Amit Shah, thus sparking rumours of a change in leadership, but Bommai later clarified that the meeting was on the COVID-19

Another BJP general secretary, CT Ravi previously served in the BS Yeddyurappa cabinet as Minister for Kannada, Culture and Tourism. The 54-year-old, from the Vokkaliga community, is a four-time MLA from Chikkamagaluru. He is believed to have close ties to Santhosh and other central party leaders. Ravi has been playing his cards close to his vest as rumours of the Lingayat strongman’s exit swirled over the weekend, telling ANI on Monday that he does not know “what is truth, what is lies”.

The Karnataka BJP MLA Arvind Bellad was said to be from the faction of the party seeking Chief Minister BS Yediyurappa’s replacement. Bellad, the MLA from Hubli-Dharwad West, recently made repeated visits to Delhi reportedly to meet national leaders and express the concern of some legislators over Yediyurappa”s style of functioning and request them to rein in the Chief Minister. He hit the headlines in June when he alleged that his phone was being tapped and attempts were on to fix him as part of some conspiracy, in order to defame him. His father Chandrakant Bellad was a five-time MLA.

A strident critic of BS Yediyurappa,Vijayapura City BJP MLA Basanagouda Patil Yatnal is said to have strong RSS roots and is popular in north Karnataka. Yatnal has openly accused the outgoing chief minister and his family of being involved in corruption. Targeting Yediyurappa, his MP son B Y Raghavendra and BJP state vice president BY Vijayendra, Yatnal had even asked the BJP central leadership to end the “dynastic politics” in Karnataka BJP. He made headlines in July when he said that BS Yediyurappa should be replaced for the state and party to survive. There are many alternative leaders to Yediyurappa in the party, the former Union Minister had said in July.

He added that there is no such thing anymore that Yediyurappa is the leader of Veerashaiva Lingayats. The “current administration is going on in such a way that the Lingayats have to bow their heads down”, he said. “A few Swamijis as they have got dakshina (money as offerings) are saying that the party will get destroyed if he (Yediyurappa) is made to step down.Why are a few Mutts and Swamijis indulging in politics? Let them do their duty of showing the right path to the society..or else remove “kaavi” (saffron robes) and wear “khadi” like us (politicians),” he said.